Auctioning visas to attract the wealthy is an ill-conceived plan

MPs’ ‘market-based’ immigration proposals, aimed at attracting large companies and rich individuals, have been branded as “ill-conceived” by the chief executive of the world’s largest independent financial advisory organisation.

The deVere Group’s Nigel Green is speaking out in response to a report published today by The Free Enterprise Group, a leading group of Conservative backbenchers, in which it is proposed that visas are auctioned off to foreign high-net-worth individuals and large international firms.

Mr Green says: “The idea that wealthy foreigners and global firms would be attracted to the UK by being granted visas is ill-conceived.

“It is the country’s punitive and complex taxation that is deterring foreign high net worth individuals and international companies from settling here. It might be better than France’s, for example, but in today’s increasingly globalised world, the UK’s tax regime simply isn’t competitive enough. 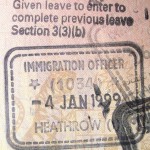 “Britain, unfortunately, is currently not a viable option for many savvy rich foreigners and overseas firms– who politicians are, rightly, seeking to attract.

“Due to their considerable resources these individuals and companies can easily base themselves in those jurisdictions that offer more competitive tax rates – and the UK, clearly, is not one of them.”

He adds: “MPs publicly lambasting executives from major job and wealth creating global companies and branding them ‘evil’ and ‘immoral’ for perfectly legally mitigating their taxes, would also, I suspect, have served as a deterrent.”