Auto-Enrolment Is Missing More People Than It's Catching

Two million employees have now been auto-enrolled into a workplace pension, according to a report issued yesterday by the Pensions Regulator.

The report also shows 3 million workers have NOT been auto-enrolled into a workplace pensions. These are workers who are too young, too old or don't earn enough to qualify to be automatically enrolled.

The Pensions Regulator also confirms 3,670 companies have so far auto-enrolled since the programme began in October 2012. However over 4,000 companies will auto-enrol in just January and February of next year alone- this gives some idea of the scale of the capacity crunch that it is widely feared will surface in 2014.

'It is extremely positive that two million people are now saving into a pension who were not before. Employers, advisers and providers need to build on this and help these workers to understand if they are saving enough, and how to make the most of their pension. Without this next vital step, the risk is we create a nation of pension zombies who fall off the savings wagon at the first bump in the road. 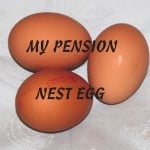 'The Regulator's figures also show that 3 million workers have been left behind by auto-enrolment to date. Many of these workers cannot afford to save; however some can, particularly those who have several part-time jobs, or those part-time workers with higher earning spouses. Again communicating the need to save and the benefit of an employer pension contribution can encourage opt-ins from those who could and should be saving.

'The number of companies auto-enrolling is beginning to expand exponentially, and indeed the true test for auto-enrolment lies in 2014 and beyond. Employers have the difficult task of complying with the regulations, at a time when there will be unprecedented demand for the services of pension providers and advisers. Throw into the mix the fact that the government is still pondering the final rules, including a price cap, and 2014 has the potential to plunge the auto-enrolment programme into mayhem.'

Surge in demand for advisers since pension freedoms