There were $466 billion in new mortgage originations in the second quarter. Two new charts introduced in this quarter’s report show that just under half of the Q2 strength in originations were driven by borrowers with credit scores over 780. By contrast, only 8 percent ($38 billion) of all new mortgages were originated by borrowers with credit scores below 660. 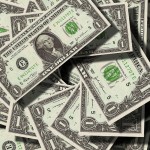 About 95,000 people had a new foreclosure notation added to their credit reports between April 1 and June 30, a new low in the 16-year history of the data. Overall new delinquency rates improved, continuing a trend that began in 2009. As of the end of the second quarter, 5.6 percent of outstanding debt was in some stage of delinquency.

Household Debt and Credit Developments as of Q2 2015:

Get the Household Debt and Credit Report here.

1. Delinquency rates are computed as the proportion of the total debt balance that is at least 90 days past due.

About the report
The Federal Reserve Bank of New York’s Household Debt and Credit Report provides unique data and insight into the credit conditions and activity of U.S. consumers. Based on data from the New York Fed’s Consumer Credit Panel, a nationally representative sample drawn from anonymized Equifax credit data, the report provides a quarterly snapshot of household trends in borrowing and indebtedness, including data about mortgages, student loans, credit cards, auto loans and delinquencies.  The report aims to help community groups, small businesses, state and local governments and the public to better understand, monitor and respond to trends in borrowing and indebtedness at the household level.  Sections of the report are presented as interactive graphs on the New York Fed’s Household Credit web page and the full report is available for download.