Automation (In UK Manufacturing) Is Inevitable And Welcome

The All-Party Parliamentary Manufacturing Group met this morning to discuss Automation in UK manufacturing. The meeting was chaired by Chris White MP with the keynote address provided by Iain Wright MP.

The panel of speakers included techUK's member Rory Gray, Sales Director of Dassault Systemes, who highlighted present challenges in attracting young talent into the sector when compared to the staggering rate of engineers emerging from Asian countries. When it comes to manufacturing, the UK seems to have a perception problem as well as a lack of a coherent education strategy aimed at creating the engineering jobs of the future.

How can automation help in increasing competitiveness and employment in the UK? Automation is crucial in the 'experience economy' as it enables faster production at a higher quality. It should hence be part of every organisation's strategy. 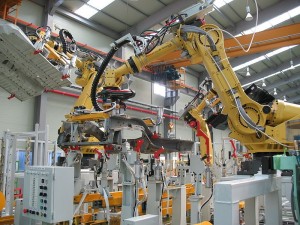 Iain Wright called for a national debate on the importance of automation and for a 'firm centric' industrial policy (as opposed to 'state centric'). UK based companies need a long term view and cross-party consensus on automation and now seems the right time to shape it ahead of the next General Election.

techUK launched the Automate Britain campaign last year which includes programmes that cover internet of things and software automation for the services sector. Automation in manufacturing involves ICT enabled innovation which is already allowing many firms to gain efficiencies and recruit more staff in the UK (e.g. Jaguar Land Rover). This is a huge opportunity (not a threat) to shape future jobs hence we need more collaborative work between industry, government and various stakeholders (e.g. the catapult centres are providing industry with the opportunity to de-risk the implementation of automation). Political parties have also the chance to set aside divisions and build a long term shared vision on automation for the decades ahead.