Our performance was boosted by an Autumn customer marketing campaign with total sales excluding fuel 4.1% higher than last year

On Tuesday we launched our latest multichannel offering waitrosekitchen.com, selling more than 3000 cooking utensils, gadgets and kitchen equipment.  The site performed well in its first week and traded above our forecast.  Total online sales increased by 24%, supported by a customer promotion.

The darker evenings and prime time television have prompted many people to search out take-away style foods.  Our 'big night in' Indian meal promotion has been particularly popular, and shoppers also bought 11% more pizzas than this time last year.  Beer and cider ranges were up by 7% for the week. 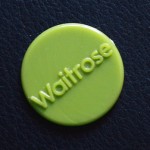 Our wine sales for the week were strong.  Top performing wines included our range of rose, which increased sales by 40% for the week, as well as sparkling wine – driven by Prosecco – which saw a 20% increase, and Argentinian malbec, which was up by 50%.  We also saw strong sales of gin, with the range growing sales by 23% for the week.

Some organised shoppers are already starting to stock up for Christmas, buying packs of mince pies (sales were 22% higher), and taking the opportunity of a promotion on tubs of Quality Street to treat themselves or others, pushing sales up by 66%.

Sharing the nuclear deterrent with France

Could WTI Trade At A Premium To Brent By Next Year?

Code Red: How to Protect Your Savings from the Coming Crisis