“The Autumn Statement has been put together with an explicitly political agenda. With the election looming, this is about helping the coalition win in May.

"There is little here that will change the broad direction of the UK economy, but there are lots of eye catching smaller initiatives. While politically savvy, these aren’t without risk. For instance:

• Stamp duty reforms. These reforms create winners and losers, with the losers being buyers of expensive properties. These properties are overwhelmingly concentrated in London so there is a risk that London property market reacts badly to these reforms, with a cascading effect around the country.

• Devolving corporation tax. The welcome ambition to allow Northern Ireland to lower the level of corporation tax in the province to match those charged in the Republic carries the obvious challenge that existing UK corporate tax revenues are rerouted via NI, cutting the Treasuries overall take.

• Extending Funding for Lending. With much of ‘buy-to-let’ being classified as business lending, much of the FLS lending has in reality gone into housing, even when it has been earmarked for businesses. It is likely this trend continues, and true small businesses remain unable to obtain credit. 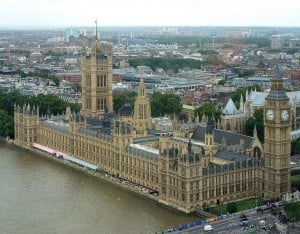 “The far more important question facing the UK is whether there will be an effective government of any colour after May 2015. With polls as they are, there is a good chance of a far weaker coalition emerging, with a smaller majority. This may be Labour or Conservative led, but the overall majority it commands is likely to be smaller than the 36 seat majority won by Cameron and Clegg. Indeed there is the real prospect of a third party such as the SNP or DUP being involved in any coalition. That means more mouths to feed in terms of special interest groups. Hence, there will only be a very limited ability of any government to deliver the austerity all parties agree is necessary. How markets react to the prospect of a far less stable UK government may well end up as one of the defining stories of 2015.”