Average House Asking Price up by £9,409 in One Month

This is the biggest recorded rise for the time of year and another all time high continues the online estate agent.
On an annual basis asking prices have risen by 8.9 percent, which is the highest annual price climb since October 2007 when it increased by 10.4 percent.

Rightmove points to a ‘frothy’ annual increase of London asking prices of 16.3 percent compared to the rest of the country where prices rose by a ‘modest’ 4.9 percent going on to say that this does not fit a ‘bubble’ narrative.

Rightmove says that demand for housing is rising having gone up by 20 percent so far this year but supply is tight and new properties coming on to the market fell by one percent in May.

“May is a traditionally bullish price rise month, though this year’s 3.6% jump beats the previous May high of 3.2% set in 2002. A late Easter in the heart of the house-hunting season has not only concertinaed the traditional hottest home-moving period by several weeks, but also stagnated seller numbers, further stirring up prices in areas of buoyant demand.” 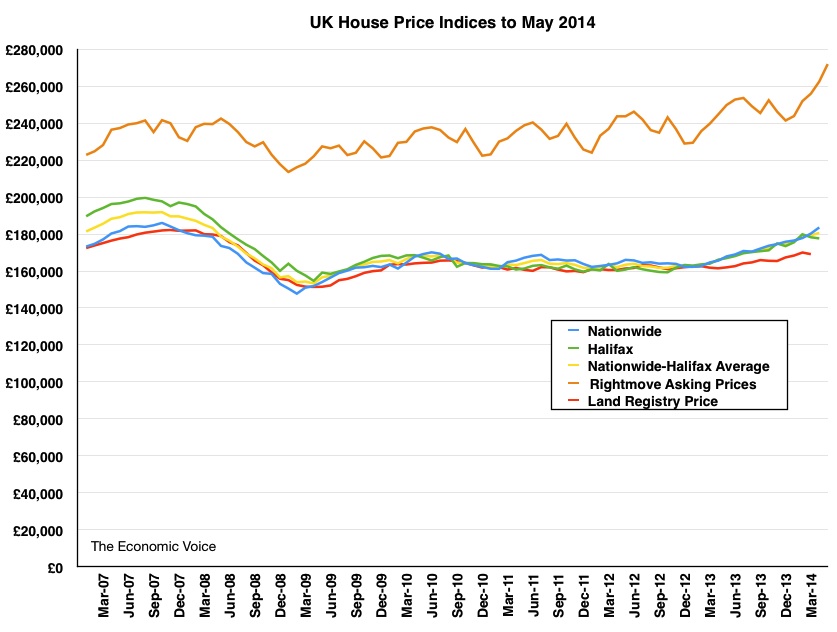 When looking at the difference between Rightmove asking prices and an average of those of the Halifax and Nationwide up until April 2014 you can see that the difference has risen steadily over the years – from about 25 percent more in 2007 to some 45 percent more today. So it would seem that sellers are more and more overvaluing their properties when going to market. 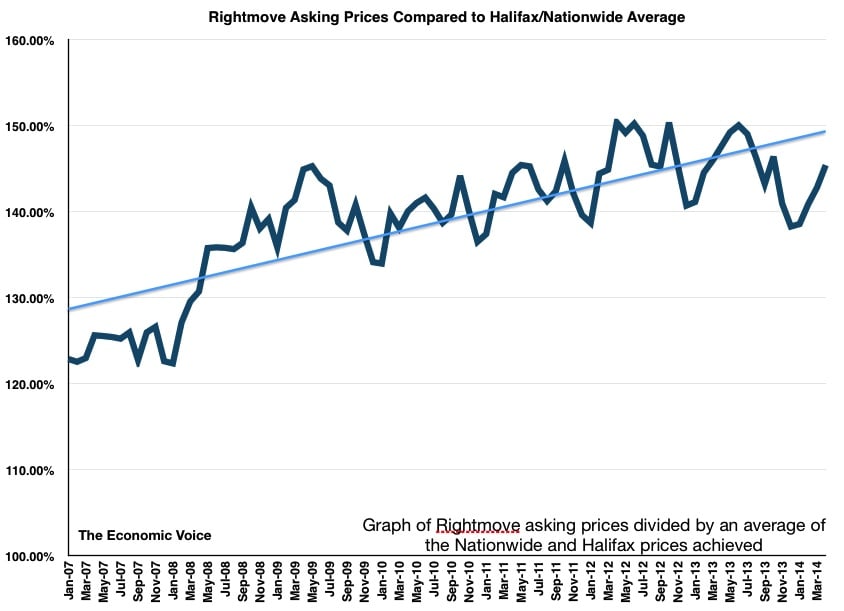 Rightmove says that London is skewing the market so much that there is no ‘national house price bubble’ forgetting perhaps that the average asking price is now somewhere in the region of ten times the average wage. Also that house prices are still going up and maybe wages aren’t.

In the Rightmove report Miles Shipside said that “For a bubble to burst you need a sustained drop in demand, yet agents in the capital report a consistently high level of would-be buyers in markets that are not yet out of reach for Londoners.” But there is another way of dealing with a house price bubble – increase supply – built more houses where people want and need to live.

New scholarships for women in leadership

Small Businesses Are Expanding in Spite of Bank Lending Practices