The average asking price of a property coming onto the market is now at a new record high of £255,962 says Rightmove.

This is an increase of 1.6 percent on last month and 6.8 percent over the year, which means the average house is now £16,250 more expensive than this time last year.

London also saw a new record high of £552,530 despite a slowdown in the prime property sector in the capital said the online estate agent. This is an increase of 1.5% on the last peak of October 2013.

The number of new properties coming onto the market has also increased with 114,996 being advertised in the last four weeks. This is up 3.4 percent on last month and 8.7 percent over the year.

The only regions lagging behind says Rightmove are those in the South East and South West affected by flooding.

“There’s a spring in the step of the housing market as it enters the traditional moving season. The national average asking price of property coming to market hit a new record high of £255,962. This is up by 1.6% (+£3,998) on last month and 6.8% (+£16,251) on last year. While London’s price surge continues with another all-time high, the prime central London boroughs which experienced the initial post-credit-crunch recovery have recorded average price falls this month. However, prices rises are spreading out to the wider market. Increasing prices are luring more sellers back into the market as well, with a near 9% year-on-year national increase in the number of new properties marketed by estate agents.” said the Rightmove overview.

“Spring is in the air and the country is finally on the move. With prices on the up and set to increase more, there is a greater sense of urgency among buyers, and as an increasing number of them are existing home-owners, the supply of property for sale is starting to increase to meet growing buyer demand. The mass property market is starting to unlock after years of being handcuffed by fragile consumer confidence and a lack of low-deposit mortgages. The result is a new national asking price record, driven by a mortgage market that allows pent-up demand to be released combined with a welcome economic recovery.”

Rightmove then asks whether this buoyant outlook will lead to George Osborne tinkering with tax or applying the brakes in some other way. 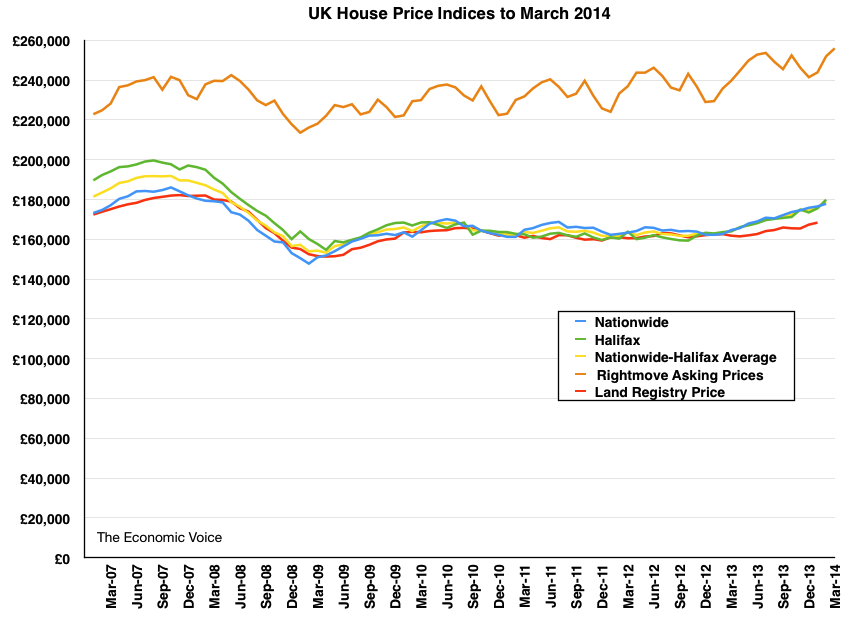