With the latest inflation figure (CPI) from the Office for national Statistics being 2.3 percent in the year to October 2013 it makes arguing against another housing bubble being formed a bit difficult. Especially as wages are not increasing and any recovery the country is seeing being likely to be a debt fuelled one (government and personal).

"House prices continued to rise in November. The annual rate of price increase rose again with prices in the three months to November 7.7% higher than in the same three months last year.

"Stronger demand, combined with an insufficient increase in housing supply, has resulted in increases in house prices accompanying higher activity this year. Low interest rates, improvements in consumer confidence and official schemes, such as Funding for Lending and Help to Buy, all appear to have boosted demand. However, continuing pressures on household finances, as earnings fail to keep pace with consumer price inflation, are expected to remain a constraint on the rate of growth of house prices. We are also seeing signs of a revival in housebuilding, which should help bring supply and demand into better balance and curb upward pressure on prices over the medium and longer terms."

Looking at the first house price graph (expanded) below you can see that the average house prices seen by the mortgage lenders Halifax and Nationwide are increasing at a faster rate than that seen by the land Registry (which of course includes cash purchases). Is that telling us that a looser mortgage supply regime is behind the price rises? 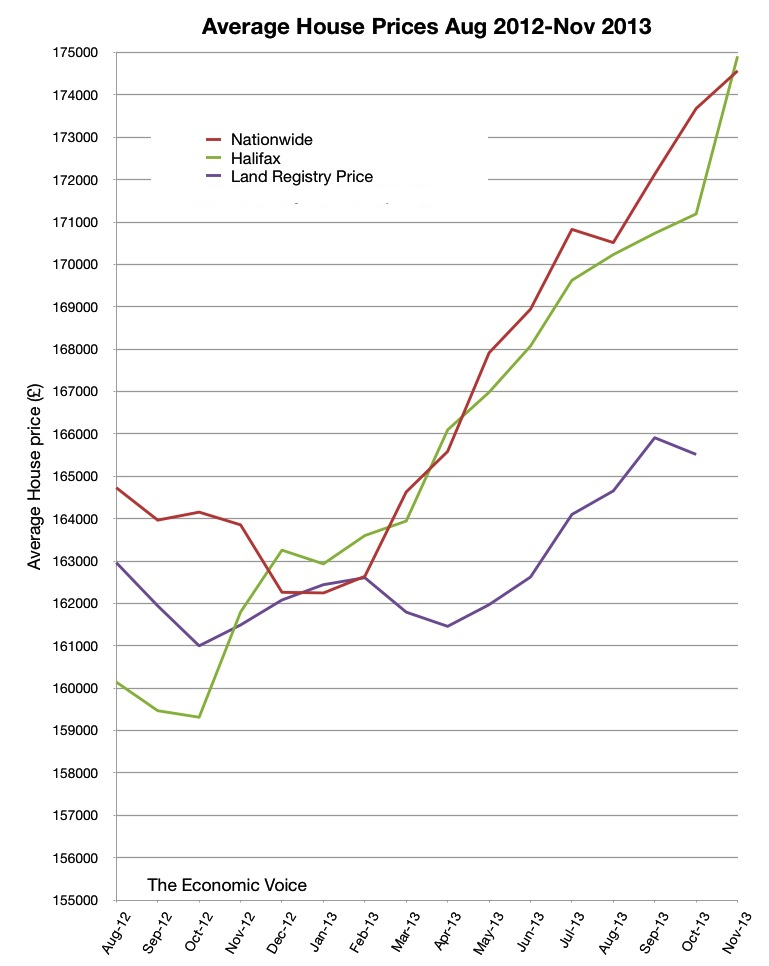 When looked at over the long term you can see from the next graph that average house prices are indeed trending up where the two lenders are concerned, with the Land Registry lagging behind. 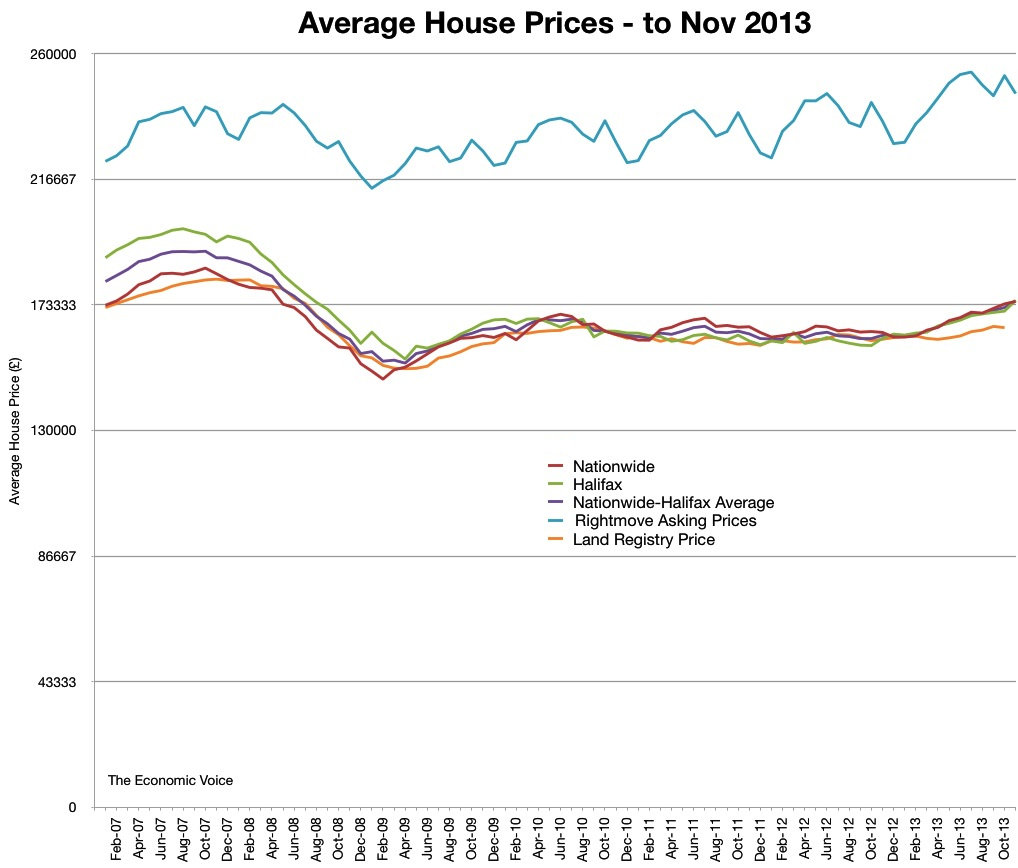