UK pension funds are betting an estimated £1.5 billion on food prices, meaning that around £180 belonging to the average UK pension saver is being used to speculate on global food prices, according to a report released today by the World Development Movement. The campaign group is calling for tough regulation to stop food speculation contributing to the global hunger crisis by driving prices up.

The report reveals how pension funds and other institutional investors have poured vast sums of money into the commodity markets in recent years, pushing global prices upwards and fuelling global hunger and poverty. Pension funds’ involvement in commodities has been facilitated by investment banks including Goldman Sachs and Barclays. Barclays announced in February this year that it was pulling out of food speculation, however it continues to facilitate speculation by investors such as pension funds.

The World Development Movement’s investigation highlights the widespread lack of transparency about pension funds’ allocations in commodities, but reveals how pension funds for major employers including BT and the railway industry are speculating large amounts of their members’ retirement savings on food and other commodity prices. 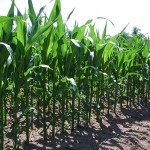 Christine Haigh, campaigner at the World Development Movement, said today: “Our research shows how ordinary people’s pensions are being used without their knowledge to bet on food prices, contributing to a global hunger crisis. Legislation to prevent food speculation driving up food prices is long overdue, but the UK government continues to block it.”

Negotiations on the EU’s Markets in Financial Instruments Directive (MiFID), which contain proposals to regulate food speculation, resume on Wednesday.