Avoid a Scrooge-like Christmas in retirement

When Charles Dickens wrote A Christmas Carol in 1843, Victorians did not have to worry about saving for their later years. Life expectancy at birth in the UK was 40.50 years for males and 42.62 years for females (Source: ONS). Those lucky enough to reach 65 were only expected to live for a maximum of 12 years and they were typically from wealthier backgrounds.

With life expectancy largely doubling to 79.00 years for males and 82.70 years for females in 2012, we on the other hand, have the luxury of a longer healthier lifestyle and need to actively plan for retirement. Those reaching 65 have 23 years in retirement on average and with medical breakthroughs and more investment in a healthy lifestyle, this figure is set to increase further.

Although most people understand that budgeting for retirement is paramount, many tend to focus only on day-to-day expenses and perhaps holidays. However special outgoings, such as birthday/Christmas celebrations or car breakdowns, property repairs etc can be overlooked despite their potential heavy costs. 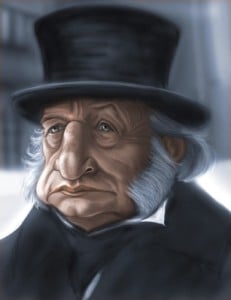 For example, the average household cost of celebrating Christmas is approximately £835 (source YouGov 2012, based on a total UK spend of £22bn on gifts, cards, decorations, food and drink over the festive period), so over an average retirement of 23 years, this adds up to £19,205, almost two-thirds of an average pension pot of £30,000.

This demonstrates how it would be impossible for pensioners to sustain the same level of spending in retirement as they enjoyed during their working life. However, planning and budgeting for these special outgoings and events could avoid you making too many scrooge-like decisions in retirement.

“Christmas is a time to celebrate and no one likes to be a scrooge. But more crucially, no one likes to worry about money. The single biggest difference people can make is to save more and earlier for their retirement. The longer you invest, the greater the potential for your funds to grow.”

Why Your Business Needs First Aiders

When will all those new houses be built?