There are many ways to try to get a handle on where the market is currently trading and what’s likely to come. For me, investor sentiment is extremely important, but not for the reasons many would think.

Why are these turning points?

If everyone is bullish, then there is little new money left to pile into an investment. Conversely, when everyone is bearish and has sold their holdings, there’s very little selling pressure left, which creates a floor—at least over the short term.

Ultimately, the fundamentals of the market will come through, but the gyrations and oscillations are driven by investor sentiment.

Take gold bullion, for example. I recently read a very interesting article stating that currently, 18 out of 31 Wall Street analysts expect gold bullion to fall this week, continuing their negative investor sentiment outlook on the precious metal. As of the end of October, hedge funds held the lowest level of long positions in gold bullion since July 9. (Source: “Gold Bears Persist as Prices Near Year’s Low on Fed,” Bloomberg, November 29, 2013.)

So what happened to gold bullion prices before July and the months immediately after? 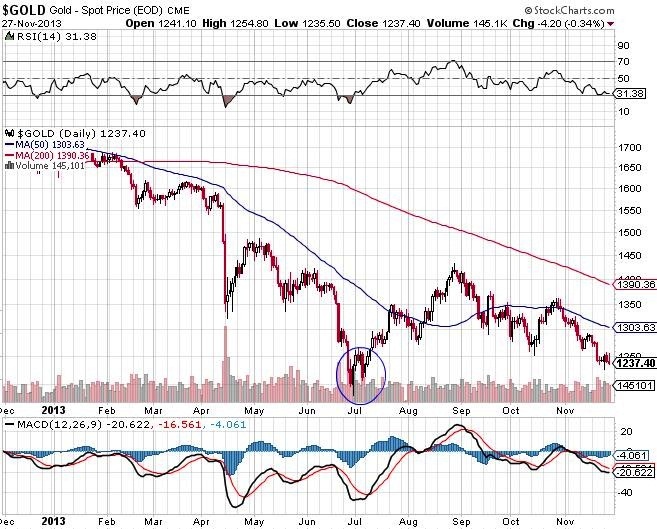 As you can see in the chart above, in July, extreme negativity in investor sentiment on gold bullion created a bottom—at least over the short term. This shouldn’t come as a surprise to my readers, as I often focus on extreme levels of investor sentiment.

From a fundamental viewpoint, while the price has declined once again, Chinese demand for physical gold bullion continues to rise. Gold bullion imports from Hong Kong to China hit 129.9 tons for the month of October, the second-highest level ever recorded. 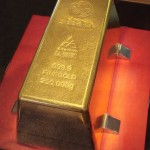 The Chinese are employing the very same contrarian investor sentiment strategy that I prefer: buying when others are selling. This continues a long process in which physical gold bullion continues to flow from the West to the East.

Obviously, this is not a short-term trade. No one can predict when the market will turn, even if investor sentiment is negative. However, for the long-term investor, this type of negative investor sentiment in gold bullion is actually positive, as it will allow for a more attractive price point at which to accumulate the precious metal, just as the Chinese are doing.

Another factor to consider when it comes to gold bullion prices, beyond simply looking at investor sentiment, is the massive change in production by mining companies.

Mining companies are significantly cutting back production, focusing on the lowest-cost operations. This essentially creates an artificial supply floor, since no logical mining company would produce gold bullion if the sell price is much lower than the production cost.

While physical demand for gold remains strong and supply is stagnant, at some point, this dynamic will result in higher gold bullion prices.

With investor sentiment this low, mining companies pulling back on expansion plans, and physical demand still strong, this is creating a situation I believe we will look back on several years from now and wonder why we didn’t accumulate more gold bullion when we had the chance. To avoid regret, investors may want to consider accumulating gold investments now.

Blink and you miss it as rumour and rhetoric abound.