Tate Britain is displaying a rediscovered piano thought to be destroyed during the seminal Destruction In Art Symposium (DIAS) in 1966. It is one of the few significant sculptural survivors from DIAS, a pioneering season of events which included performances by Yoko Ono (b.1933) and John Latham (b.1921-2006). Organised by Gustav Metzger (b.1926), who had influenced Pete Townshend, DIAS paved the way for artists to use destruction as a creative force.

The piano is on show as part of Art under Attack: Histories of British Iconoclasm, an exhibition which explores physical attacks on art from the Reformation to the present day. The exhibition includes some of the finest examples of medieval sculpture in Britain, all remarkable survivors of the Reformation, when it is thought that over 90 per cent of medieval sculpture was lost.

The Duncan Terrace Piano Destruction Concert was one of a number of ‘concerts’ performed by Raphael Montañez Ortiz (b.1934), using domestic furniture in the Islington home of Jay and Fran Landesman, leading cultural figures in 1960s London. It was unknown that the work still existed in the very house where the event happened. The exhibition also includes a recording of the destruction taking place that was broadcast at the time on American radio.

Yoko Ono performed one of her Cut Piece performances at DIAS. The exhibition will include a fragment of Ono’s dress from the Tate archive which was worn for Cut Piece 1966.

Yoko Ono said: ‘I'm glad that the Destruction in Art Symposium is presented as the initial creative force in the Art under Attack show in the Tate. DIAS changed the map of the art world. Before DIAS, Art seemed to have been something that was happening in the United States for the rest of us to acknowledge and envy. After DIAS, the strong creative force in Art became the stuff of this side of the Atlantic, and never went back.’

Since 1961, Ortiz had destroyed household objects, such as chairs and mattresses, which were chosen as surrogates for the body and presented as sculptures. He approached each Piano Destruction Concert as a shaman would a sacrifice ritual. His attention to the harmonics of sound made through the process of destruction, or ‘un-making’ as he termed it, provided one aspect of the redemptive power he professed the destruction concert to have.

Raphael Montañez Ortiz said: ‘The first hit of the axe proved my theory, the sound resonated as I have never heard before… With a final axe swing the harp came loose and tumbled down the stairs, I remember standing the harp of the piano up, tilting it out of the pile of splintered wood that was once its art nouveau façade, bits and pieces of axe-sliced black and white piano keys were scattered everywhere I looked.’ 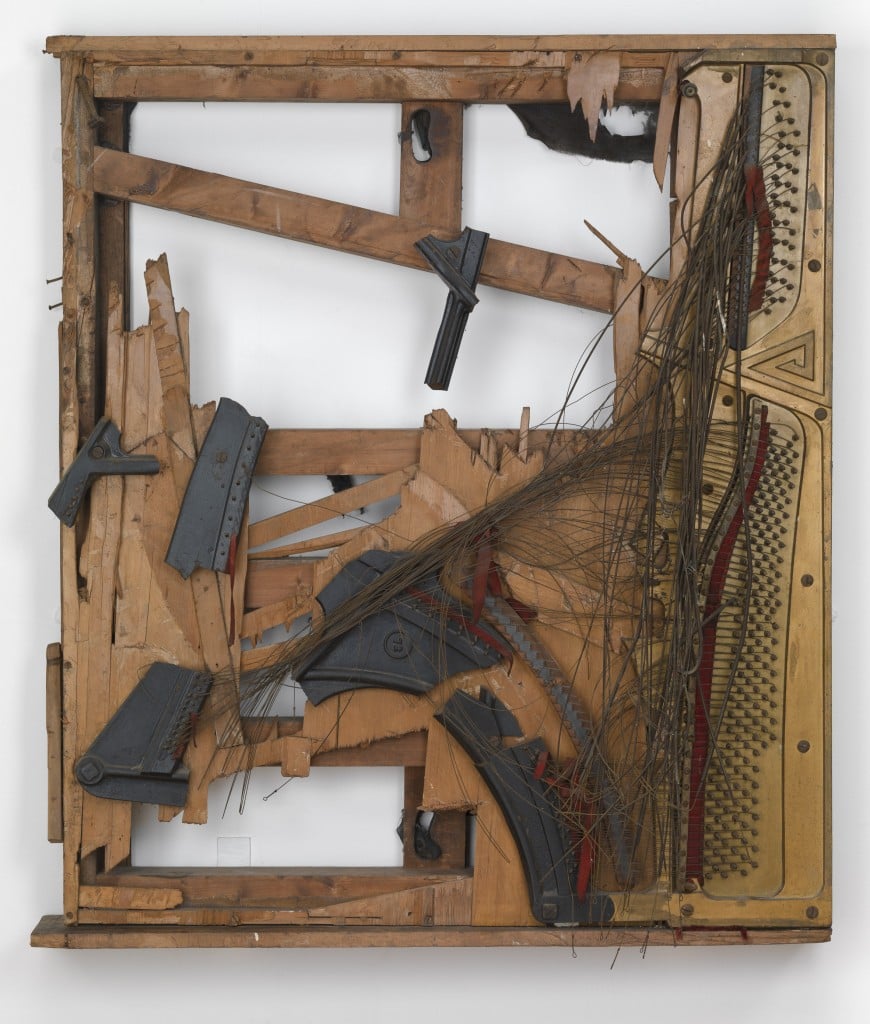 Piano destroyed in Destruction in Art Symposium in 1966