Back To Basics: Why Conventional Drilling Makes Sense in 2015

This New Year, an old trend may become a new trend as conventional drilling in North America is once again in the spotlight at a time when oil prices continue their slump and the unconventional becomes increasingly uneconomical.

Advanced horizontal drilling and hydraulic fracking for extraction is much more expensive than conventional drilling. While these high-cost methods are the technology that ushered in the North American shale boom, in times of oil price troubles, plenty are moving back to the basics. Unexplored conventional plays are set for a mini-boom of their own.

The surge in high-tech exploration and production has been led by small to mid-sized independent companies who could foot the bill for expensive drilling and extraction as long as oil prices were high and the risk-to-reward ratio favorable. This was a great plan when oil prices were over $100 a barrel.

Most independent drillers hit a break-even point around $80-$85 per barrel for shale drilling.

Beyond this, shale wells deplete much faster and during peak production, they are “highly leveraged to the prevailing energy price”. So when you sink millions into a shale well for quick reward when oil is at $100 a barrel and it suddenly plummets to $60 per barrel—you’re out a lot of cash and it is no longer feasible to produce.

One way for investors to hedge their bets is to look away from the shale cash cows and towards underexplored conventional plays that don’t require expensive horizontal drilling or fracking for extraction. 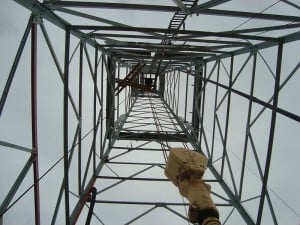 Going vertical is the safer bet, and there are two key areas that stand out: The all-time favorite Permian Basin in West Texas, and the prolific and still underexplored Saskatchewan province in Canada.

In the US, nearly 95% of new oil production between 2011 and 2013 was from seven key regions where horizontal drilling and fracking rule the day, led by North Dakota’s Bakken, South Texas’ Eagle Ford, and the Permian Basin in West Texas and New Mexico.

But what you may not know is that the Permian Basin isn’t all horizontal. In fact, just before the oil price slump, it was just getting to the point where horizontal drilling was starting to outpace vertical drilling.

The decline rates for these key regions speak volumes. The Eagle Ford region has an approximately 62% decline rate, the Bakken region 54%, and the Permian—where vertical plays a key role—has only a 33% decline rate.

At the other end of North America, all eyes are on Canada’s Saskatchewan province, where Suncor Energy (SU) and Cenovus Energy (CVE)—two of the biggest oil sands producers in Canada—maintain significant profit margins despite all.

More narrowly, market attention is latching on to the Williston Basin, which is already producing 1 million barrels of light crude oil per day and is on track to double this with new wells coming online. Yet there remains a great deal of exploration to do here, and this basin is expected to come up with another major sweet spot.

Within this prospective sweet spot lies the Little Swan, whose name belies its potential to be the next major discovery with an extremely attractive risk-to-reward ratio. This is, after all, the single-largest oil permit in Saskatchewan.

Recently acquired in part by a small, fiery independent company called Bayhorse Silver Inc. (TSX Ventue:BHS), Little Swan, in the prolific Williston Basin is a 253,000-acre oil and gas prospect that is an extension of oil bearing formations of North Dakota and Montana, according to geological reports that indicate high potential for a new discovery.

What makes this area particularly attractive to prospective investors who are shell-shocked by the oil price slump is that drilling will be cheap. Bayhorse estimates that a 1,200ft-well would cost only $500,000 because there is no need for horizontal drilling or fracking.

Overall, Canada–the world’s fifth-largest oil producer and a country with more proven crude oil reserves than anywhere outside of Saudi Arabia and Venezuela—is shaping up to become a better bet for anyone who recognizes that the frackers are now a gamble, and even more of a gamble than expensive oil sands, which take a lot of upfront investment but don’t decline like shale.

Customers embrace the festive spirit with six weeks to go