Households preparing for the start of the new school term and mixed weather combined to deliver a provisional divisional sales (excluding fuel) increase of 1.8 per cent compared with the same week last year.

After a summer of treats and holidays, healthy snacks and lunchboxes are now high on the agenda. Soft fruit sales jumped by 12 per cent, prepared fruit sales grew by 7 per cent and snacking salads were up by 28 per cent.

Frozen had yet another fantastic week with frozen prawns up 17 per cent, scampi up 18 per cent and meat up 13 per cent. There were even signs shoppers were already thinking about the festive season in August as frozen turkeys sales increased by an astonishing 183 per cent. 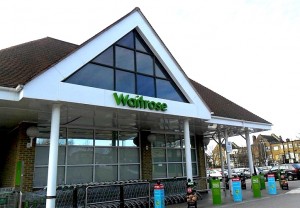 There was a determined spirit among shoppers to enjoy the final weeks of summer and defy the changeable weather conditions as outdoor living sales grew by 39 per cent and gardening sales rose by a massive 64 per cent.

However, there were indications the cooling temperatures were having some effect as sales of spirits increased by more than 8 per cent and rum sales increased by 15 per cent.

World beers had a great week too with sales up 28 per cent and we are seeing a huge demand for English wines at present as sales increased by an impressive 127 per cent.

Elsewhere, our new shop in Bagshot had an incredible first full week of trade after its recent opening with sales nearly 24 per cent above forecast.