The following reports show that not all is well in the UK insurance business.

The first is that the UK life insurance industry is shrinking.

Insurance Networking says that a Moody's report into the business shows that the UK insurance business has been contracting since 2008. The drivers, apart from a highly indebted population more intent on de-leveraging than buying financial services products, are high inflation, the fear of increased interest rates and the substantial changes that the retail distribution review (RDR) and Solvency II will impose on insurance sellers.

Jobs are also to go in one firm. The insurance group Aegon are to lay off 213 workers in a drive to reduce costs by 25% by the end of the year. The posts are to go in their Blackpool and Edinburgh offices on the areas of marketing, IT and personal assistant support. Aegon is aiming to make Â£80 million and has already made Â£37 million of them by the end of the first quarter. The boss of Aegon Adrian Grice said that this is a challenging time for both the business and its people. 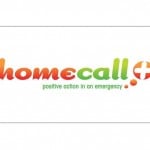 One company Homecall+ has now gone bankrupt leaving some of its policy holders without plumbing, drainage, heating and electricity problem cover. Some people who have bought this cover will be forced to call out another contractor at a cost says Which? Brit Insurance, the company that underwrote these policies until December 2010 has said that it will honour the policies of the 10,000 people that bought them while it was the underwriter. But no new underwriter was put in place after this time making policies sold to customers after Dec 3rd 2010 worthless. The Which? article does give some advice on what to do should you be a Homecall+ customer. Long gone are the days when the company was challenging British Gas [1]. The Insolvency Service has said that Homecare+ customers should contact it on 0161 234 8531.

Why Canadian Oil Plays Are More Attractive Than Their U.S. Counterparts Right Now