In a week characterised by unpredictable weather and the return of The Great British Bake Off, provisional divisional sales, excluding fuel, rose by 3.1 per cent.

After 'biscuit week' on the show, sales of almonds rose by 100 per cent, dried cranberries rose by 47​ per cent​ and star anise increased by 43 per cent. The use of goldenberries in a contestant's recipe also had a positive effect on sales. The superfruit, grown in the Andean mountains and known for its high Vitamin A and Iron content, saw sales rocket by 180 per cent compared to last year. Even those less inclined to get baking themselves were inspired to sample some sweet treats – sales at our patisserie counter rose 20 per cent. 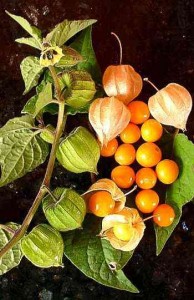 Summer drink sales were strong despite the unreliable weather, with Pimm's up 165 per cent year on year, and mixers up 24 per cent. Beer sales increased by 11 per cent compared to last year, and ready-to-drink cocktails were up 23 per cent, as shoppers made the most of the sun when it appeared​,​ to enjoy picnics and BBQs.
​ ​
Berries and cherries were the favourites of the fruit aisle, with sales rising by 30 per cent and 31 per cent respectively. Citrus fruit also proved popular, with sales up by 9.5 per cent compared to 2014.

Summer eating trends for salad (up 15 per cent) and freshly prepared vegetables (up 9 per cent) contrasted with colder weather themes in ready meals, with sales of hot pies up 7 per cent, curry up 11 per cent and classics like cottage pie, up 28 per cent.

The Waitrose baby wear range saw sales lift by 19 per cent and luxury beauty brands rose by 18 per cent.