Investment is part of a £5m round with the final £1.2m offered to the crowd

One of Europe’s largest venture investors, Balderton Capital, leads a £5m round with a £3.8 million stake in Crowdcube, the world’s first and leading investment crowdfunding platform. Crowdcube will complete its Series B round by offering a £1.2 million crowdfunding, which opens on Crowdcube.com at 12:00 GMT on Tuesday 22 July.

“We’re delighted to secure growth finance from such a renowned VC who will undoubtedly add tremendous value both strategically and operationally. We’ve built a pioneering and award-winning service over the last few years. This investment, alongside the crowd, puts us in an even stronger position to provide essential growth finance for businesses and inspire a new generation of investors.”

Balderton Capital, which has also invested in disruptive financial tech companies such as Zopa, Nutmeg, GoCardless and Wonga, as well as other fast-growth internet businesses like Lovefilm and Betfair, has a long history of backing disruptive and innovative businesses.

Partner Tim Bunting, who will join Crowdcube’s board of directors said:

“We love the way Crowdcube is disrupting and democratising investment into businesses seeking growth finance; Balderton is always looking to support new approaches to traditional financial services, and Crowdcube's trailblazing model makes investment accessible, affordable and transparent. We're excited about working with this team and building on their dominant position in the crowdfunding market.” 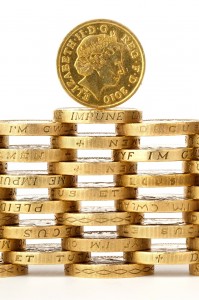 Crowdcube, named one of the hottest FinTech firms in Europe in 2013, will use the £5 million investment to further expand its operations in the UK and internationally. The firm is planning to double its team to 50 as well as open new offices in London and Scotland, while expanding its head office in Exeter. It is also expanding internationally beyond the seven joint ventures that it has already established.

Since it launched in 2011, Crowdcube has raised over £30 million for more than 130 start-up, early stage and growth businesses. More than half of this finance has been secured in the first half of 2014, demonstrating the accelerated growth for the innovative crowdfunding market, the willingness for people to invest in British businesses and the demand by businesses for seed and growth capital.

Crowdcube estimates that these companies are already boosting the British economy with the creation of 3,000 new jobs over the next three years. In addition, some fast-growth businesses like Righteous, Tidy Books and East End Manufacturing are contributing to Britain’s exports, supporting the Chancellor’s challenge to double Britain’s exports to £1 trillion by the end of the year.

Other Crowdcube milestones include:

• It was the world’s first crowdfunding platform to offer equity to investors in 2011.

• Crowdcube was the first crowdfunding company to sign up an international partner and now has a presence in seven countries: Brazil, Sweden, Dubai, Poland, Italy, Spain and New Zealand.

• In June 2014 Crowdcube launched its Mini Bond product, disrupting the retail bond market in the same way that it has equity finance. River Cottage, which raised £1 million in less than 36 hours and Chilango are the two companies that have already launched Mini Bonds on Crowdcube.

• The latest firm to raise finance is a start-up founded by the team behind Fitness First and Jatomi Fitness, James Balfour and Giles Dean. 1Rebel will launch a chain of contract-free ‘high intensity’ boutique gyms in London, which allow members to book classes online and via an app on a pay-as-you-go basis.

Two Ways to Profit from the Economic Turmoil in Emerging Markets