Balfour Beatty PLC (BBY), the international infrastructure group, today announces the award of a £121 million joint venture contract to construct the new Defence College of Technical Training at the former RAF Lyneham airbase in Wiltshire for the Ministry of Defence (MOD).

Working in a 50:50 joint venture, Balfour Beatty and Kier Construction Ltd will deliver new single-living accommodation for military trainees and purpose-built enhanced training facilities including a large outdoor training area and a museum for the Army's Corps of Royal Electrical and Mechanical Engineers. The new facilities for over 1100 trainees and 800 staff will bring together Army, Royal Navy and Royal Air Force training provision in one location for the first time in the UK.

The joint venture has committed to working with the Forces Career Transition Partnership which assists military personnel to secure permanent work on completion of their time in service and, Enterprise Works, a Swindon based organisation which supports individuals with a disability, specifically injured ex-services personnel, to secure employment.

At construction peak, the project will employ 900 people including service leavers and injured ex-military personnel.

"Over the last five years we have completed defence sector contracts totalling approximately £500 million demonstrating our position as a leading provider of defence related infrastructure for our armed services. We look forward to working with the Defence Infrastructure Organisation and Kier Construction to deliver a great facility for the MOD."

Works commence on site early 2014 and are due for completion in the autumn of 2015. 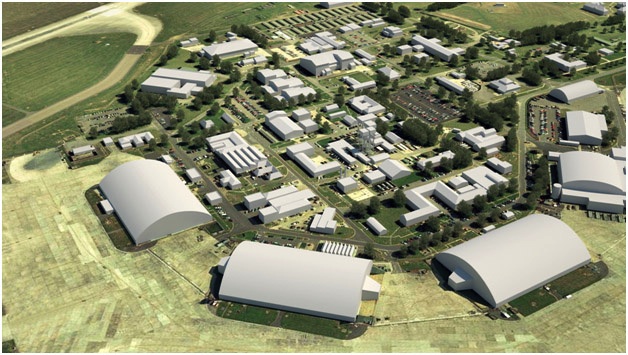