Fyffes, which is based in Dublin, said in its interim results that “The Group continues to pursue necessary increases in selling prices in all markets to offset the impact of adverse exchange rate movements and the higher cost of fuel and fruit.”

This will of course just add more pressure to the already hard-pressed household budget and also comes soon after the warnings that bread prices will be on the move upwards as well.

The chairman of Nestle, Peter Brabeck-Letmathe, has recently warned that ‘the time for cheap food prices is over’ pointing an accusing finger at the increased use of crops to produce bio-fuels.

It is his contention that a reduction in bio-fuel production would bring fuel prices down again.

Then there is the reprehensible practice of food price speculation, which adds on more cost.

It looks like we’re all just going to have to get used to higher food prices across the board and with that for many comes some dire choices. Winter is not far off and for many it will be another season of the choice between either heat or food.

And in poorer countries it could well be a choice of on which few days of the week do I and my children actually get to eat anything? 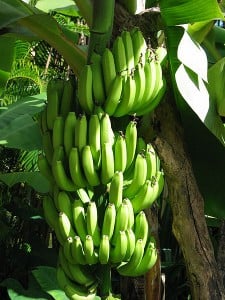