The Bank of England is today announcing the departure of Spencer Dale, the Bank’s Executive Director for Financial Stability Strategy and Risk. The Bank is also announcing new appointments to the Board of the Prudential Regulation Authority (PRA).

Spencer has decided to pursue a new path in his career, as Chief Economist of BP plc. He will start his new position on 27 October 2014, after a post-employment cooling off period. A recruitment process will begin shortly to find a successor for Spencer. This position will be advertised externally as well as within the Bank; and as required by the Bank of England Act, the Chancellor will be consulted with respect to the candidate to replace Spencer on the FPC.

“I have been privileged to have worked closely with Spencer Dale. He is an immensely talented and committed public servant, who has made significant contributions to monetary and financial stability over the course of his career at the Bank. As the Bank’s Chief Economist, Spencer has played a key role in ensuring that the Monetary Policy Committee operates as an effective policymaking body, and more recently, has brought that same rigour and dedication to the Financial Policy Committee. Most importantly, he has made this institution stronger – as a loyal and respected colleague, effective and supportive manager, and first rate policymaker. On behalf of the Bank, I thank Spencer for his distinguished service, and wish him the very best in his new role.” 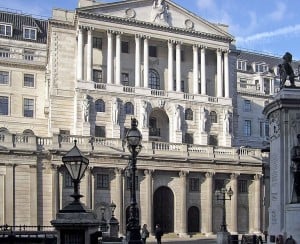 “It has been a huge privilege to serve the Bank of England over the past 25 years. It has also been an honour and a pleasure to work with so many talented people committed to serving the public good. This is a tremendous institution that has changed remarkably since I joined, and whose additional responsibilities mean it has a central role in ensuring economic and financial stability for the UK. To truly make the most of these new powers, I fully support the Bank’s objective to act as a single, cohesive policy institution. I will miss the Bank greatly and I wish I could have stayed longer to contribute more. But the opportunity to work in a different environment with one of the UK’s pre-eminent companies was simply too good an opportunity to refuse.”

Also today, the Court of Directors of the Bank, with the approval of the Chancellor of the Exchequer, has appointed the following independent members to the Board of the PRA:

• Sandra Boss, previously a Director in the London Office of McKinsey & Company, specialising in Investment Banking and Risk; she will join with effect from 1 September.

• Mark Yallop, currently UK CEO of UBS, formerly Group COO of ICAP and group COO of Deutsche Bank; he will join with effect from 1 December.

These appointments follow from a rigorous recruitment process initiated in March of 2014. Via the Bank’s external recruitment consultants, requests for applications were publicly advertised. All candidates followed a fair and open application process that included panel interviews led by Sir David Lees. Recommended applicants were subsequently interviewed by the Governor, who then sought the approval of HM Treasury on the final selection of appointees.

In addition to these appointments, the Court of Directors has agreed to appoint Minouche Shafik and Paul Fisher to the Board of the PRA. Minouche Shafik joined the Bank on 1 August as Deputy Governor for Markets & Banking. Paul Fisher became Executive Director, Supervisory Risk Specialists & Regulatory Operations and Deputy CEO of the PRA on 1 June 2014. Minouche will join the Board with effect from 1 September, and Paul will join the Board with effect from 1 December.

Mark Carney, Chair of the PRA Board, said:

“I am delighted to welcome Sandy Boss and Mark Yallop to the PRA Board as independent members, and Minouche Shafik and Paul Fisher as Bank members. The Board will greatly benefit from their combined expertise and diverse experience as we further engrain a forward-looking and judgement-based approach to prudential supervision in the UK.”