The Bank of England is consulting on proposals to require all firms authorised by the Prudential Regulation Authority (PRA) to amend employment contracts to ensure bonus awards that have been vested can be clawed back from individuals where necessary. The Bank of England already has powers to require firms to stop payment of unvested bonuses, called malus; the proposals in today’s document would represent a further strengthening of the remuneration code.

The conditions in which vested remuneration would be clawed back under the proposals in the consultation paper are:

• there is reasonable evidence of employee misbehaviour or material error;

• the firm or the relevant business unit suffers a material downturn in its financial performance; or

• the firm or the relevant business unit suffers a material failure of risk management.

Consistent with the rules on malus, clawback should not be limited to employees directly culpable of malfeasance. For example, in cases involving a material failure of risk management or misconduct, firms should consider applying clawback to those employees who:

• could have been reasonably expected to be aware of the failure or misconduct at the time but failed to take adequate steps to promptly identify, assess, report, escalate or address it; or

• by virtue of their role or seniority could be deemed indirectly responsible or accountable for the failure or misconduct, including senior staff in charge of setting the firm’s culture and strategy.

The proposed rules would come into force on 1 January 2015 and clawback could be applied to awards made before that date but which vest after that date, subject to a six year time limit due to the statute of limitations for contracts. 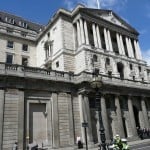 Bank of England by Simdaperce

The proposed requirements are subject to two months consultation.

Later this year the PRA will consult on taking forward the recommendations in the report published by the Parliamentary Commission on Banking Standards.

Andrew Bailey, Deputy Governor for Prudential Regulation and CEO of the PRA said:

“We have an objective to ensure the safety and soundness of the firms we regulate and we won’t allow remuneration schemes to exist that encourage behaviour likely to jeopardise financial stability. The policy we are consulting on will ensure bonuses can be clawed back from individuals, where they have already been paid, if it becomes apparent they have put the stability of their firms at risk or engaged in inappropriate actions. This will provide a clear message to individuals of what is expected from them and the consequences of not acting properly.”