The Bank of England today announced two new appointments to its Executive Team.

The Court of the Bank of England today approved the appointment of Alex Brazier as Executive Director for Financial Stability Strategy and Risk (FSSR), effective from 16 March 2015.

Alex joined the Bank in 2001 as an economist, and has held a variety of increasingly senior positions over the course of his career, most recently as Private Secretary to the Governor since November 2011. Alex will report to the Deputy Governor for Financial Stability Jon Cunliffe, and following consultation with the Chancellor, will become a member of the FPC effective from 1 April. His appointment fills the vacancy left by the departure of Spencer Dale in August 2014. 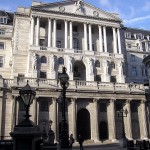 The Court also today approved the appointment of Sam Woods as Executive Director for Insurance Supervision, reporting to Andrew Bailey, the Deputy Governor, Prudential Regulation and CEO of the Prudential Regulation Authority (PRA). His appointment is effective from 7 April 2015. Sam joined the Financial Services Authority (FSA) in 2011 and transferred to the Bank in 2013 with the integration of the PRA. He most recently served as Director for Financial Stability Strategy and Risk, and prior to that was Director for Domestic UK Banks Supervision. Before joining the FSA/Bank, Sam spent ten years at HM Treasury, including a year as Secretary to the Independent Commission on Banking. His appointment fills the vacancy left by the departure of Julian Adams in August 2014.

Both roles were advertised internally and externally, with the assistance of the Bank’s executive search firm (Odgers Berndtson). Candidates for each position were interviewed by separate interview panels consisting of Deputy Governors, Court and PRA Board members. Short-listed candidates were then interviewed by the Governor before final selections were submitted to the Bank’s Court for approval.

"I am delighted to announce the appointments of Alex Brazier and Sam Woods. Each brings unique strengths and varied experience to their respective role. On behalf of the Bank’s senior management team, I look forward to working closely with both of them as we continue to transform the Bank and fulfil our mission to promote the good of the people of the United Kingdom by maintaining monetary and financial stability. I would also like to thank Sam for his leadership of FSSR over the past six months and Alex for his wise counsel and extraordinary support as my Private Secretary over the past year and a half.”