The £50 banknote carrying the portrait of Sir John Houblon, the first Governor of the Bank of England, is to be withdrawn from circulation tomorrow (30 April). This withdrawal was first announced on 16 January 2014.

From the end of tomorrow (midnight), only the £50 note featuring Matthew Boulton and James Watt, introduced in November 2011, will hold legal tender status.

From 1 May 2014, general retailers are unlikely to accept the Houblon notes as payment. However, most banks and building societies will continue to accept them for deposit to customer accounts. Barclays, NatWest, RBS, Ulster Bank and the Post Office have also agreed to exchange Houblon £50 notes for members of the public – up to the value of £200 – until 30 October 2014. 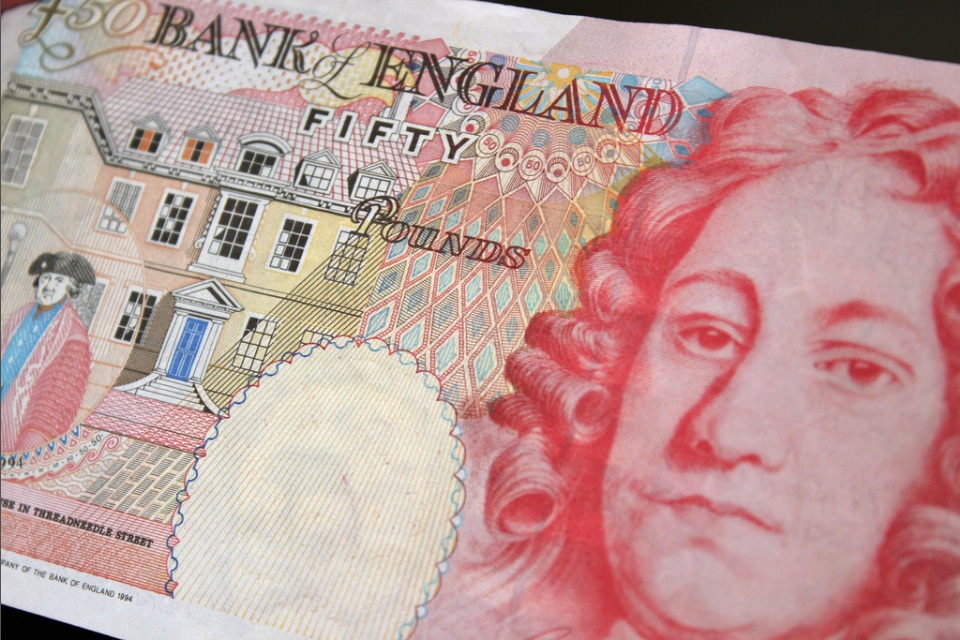