The Bank of England’s Monetary Policy Committee has decided to maintain the UK’s bank rate at 0.5 percent as well as keeping the Asset Purchase Programme at £375 billion.

The bank rate has been at this level since it was dropped from one percent to its current level on the 5th March 2009.

The asset purchase programme was also started on the 5th March 2009 with the last increase being an increase of £50 billion on thew 5th July 2012.

Commentators now expect the bank rate and asset purchase programme to remain at here for some time to come.

“With inflation flat-lining and wage growth yet to take off, we are unlikely to see any change in interest rates until well into 2016. It is a challenging environment for the new Conservative government to try to reduce spending, and with fiscal policy potentially looser than planned we may see a more hawkish monetary policy through 2016-17 to help tame inflation during this Parliament. Looking further ahead, bond yields could be too optimistic and seem to be under-estimating future rate increases.” 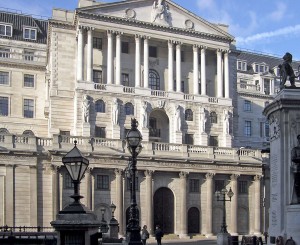 "The self-employed welcome the decision by the MPC to hold interest rates at these record low levels. Though Interest rates will not stay at 0.5 per cent forever, we hope and expect the Bank to fulfil its commitment to increase rates gradually to avoid denting the UK's current strong levels of business confidence.  "So far the bank has been very tempered in its approach to interest rates. We hope this continues until the recovery is complete. It should resist the temptation to increase interest rates immediately, in response to a recovery in energy and commodity prices. If an increase in these prices triggered an interest rate rise from the Bank of England, the UK's smallest businesses could face the dual threats of higher supply and credit costs."

“Barring a short-lived rate hike at the outbreak of the Second World War, interest rates remained at 2% for 19 years between 1932 and 1951. While we are unlikely to come close to that record, it is difficult to envisage any rise this side of Christmas. Wage growth may finally be showing signs of life and inflation could also rise in the second half of 2015 as last year’s decline in the oil price drops out of the numbers, but the economic recovery is still unsteady. With more austerity on the way in this Parliament, it would be economic suicide to embark simultaneously on deep bouts of both fiscal and monetary tightening.”