There are two articles in the bank of England’s Quarterly Bulletin 2014 Q£ that look at Bitcoin and the potential of digital currencies in the UK economy.

Bitcoin – currently the largest digital currency – was set up in 2009 and several thousand businesses worldwide currently accept bitcoins in payment for anything from pizza to webhosting.  Bitcoin users trade the digital currency with each other – and may do so anonymously – in exchange for traditional currency or goods and services.  The system is designed with an eventual fixed supply of bitcoins (21 million bitcoins), which is independent of any central bank.

While much of the media focus to date has been on the currencies themselves (such as ‘bitcoins’) – and the large swings in their prices – this article argues that the key innovation of digital currencies is the ‘distributed ledger’ technology that allows a payment system to operate in an entirely decentralised way, with no intermediaries such as banks.  This innovation, which draws on advances from a range of disciplines including cryptography, game theory and peer-to-peer networking, represents a fundamental change in how payment systems can be made to work.  The article also gives an overview of how digital currencies work, including how new currency is created. 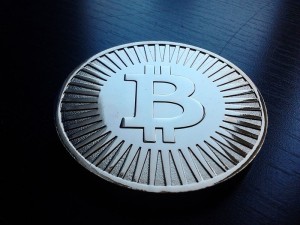 A companion piece, ‘The economics of digital currencies’, begins by addressing the question:  to what extent could digital currencies be considered as money?  It argues that while digital currencies could, in theory, serve as money for anybody with an internet-enabled device, at present they serve the roles of money only to a limited extent and only for relatively few people:  it is estimated that as few as 20,000 people in the United Kingdom currently hold any bitcoins, and that as few as 300 transactions may be conducted by those people per day.

The article also argues that the economics of the schemes, as currently designed, pose significant challenges to their widespread adoption:

• At a microeconomic level, a key attraction of some digital currency schemes at present is their low transaction fees.  But the incentives embedded in the current design of digital currencies mean that these fees may eventually need to rise significantly, as usage grows.

• At a macroeconomic level, most digital currencies, as currently designed, incorporate a predetermined path towards a fixed eventual supply – a feature which, in a purely hypothetical scenario in which the digital currency were used as the predominant form of money, would likely cause greater volatility in prices and real activity due to the inability of the money supply to vary in response to aggregate demand.

However, both digital currencies’ status as money and the distributed ledger technology used by them have potential to develop over time.  The second article notes, for example, that a fixed eventual supply is not an inherent technical feature of digital currency schemes.  And the first article observes that, since the majority of financial assets such as shares or bonds already exist only as digital records, this opens up at least the possibility for distributed ledgers to transform the financial system more generally.

Digital currencies do not currently pose a material risk to monetary or financial stability in the United Kingdom, given the small size of such schemes.  For instance, it is estimated that there is less than £60 million worth of bitcoins circulating within the UK economy, which represents less than 0.1% of sterling notes and coin and only 0.003% of broad money balances.  The article discusses potential future risks to monetary and financial stability but notes that while conceivable, these risks could only emerge if the size of the schemes were to grow significantly.  The Bank continues to monitor digital currencies and the risks they pose to its mission.

Tips on Planning and Preparing for Black Friday

Unemployment amongst the professions rockets