In March 2013, the Financial Policy Committee (FPC) recommended that regular stress testing of the UK banking system should be developed to assess the system’s capital adequacy. In a Discussion Paper published in October 2013, the Bank of England set out proposals for the main features of a framework for annual and concurrent stress-testing of the UK banking system. Today, the Bank of England is setting out further details of the scenario for the stress tests that the eight major UK banks and building societies will be undertaking this year. This is a step towards the medium-term stress testing framework outlined in the Discussion Paper.

The 2014 UK stress testing exercise will be built on the EU-wide stress test, announced in January 2014 by the European Banking Authority (EBA), which will assess the resilience of EU banks under a common adverse scenario and which provides for national variants. The UK stress test will be run alongside the EBA’s EU-wide exercise. The Bank of England will add a number of additional UK layers to the EBA stress test (UK variant) which explore particular vulnerabilities facing the UK banking system. The Bank of England will publish the results of its stress test after they have been through the appropriate governance channels including the FPC and Prudential Regulation Authority (PRA) Board towards the end of this year.

The UK variant stress scenario is not a forecast or expectation by the Bank of England regarding the likelihood of a set of events materialising but is a coherent, ‘tail risk’ scenario that is designed specifically to assess the resilience of UK banks and building societies, predominantly to a very severe housing market shock and to a sharp rise or snap back in interest rates.

“Much has been achieved in recent years to put the UK banking system on a sounder footing, so that it can support the UK recovery. The challenge now is to secure a strong, sustainable and balanced economic expansion. The Bank's annual stress test will help ensure our banks support that expansion by remaining resilient. Today's announcement represents a major step in that new framework.

"Although the events depicted in this stress-test scenario are extreme, and thus highly unlikely to transpire, by bringing together the microprudential standards for banks with a macroprudential assessment of the tail risks to which they must be resilient, the Bank is working to ensure that the UK financial system remains one that absorbs rather than amplifies shocks.

"Furthermore, this stress test demonstrates the benefits of acting as One Bank. The test is the result of close co-operation between the PRA, the FPC, and the macro forecasting units in Monetary Analysis, and also between a range of Bank of England officials and their counterparts across Europe.” 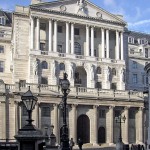 A key threshold for the UK variant test will be set at 4.5% of Risk Weighted Assets (RWAs), to be met with Common Equity Tier 1 (CET1) capital in the stress – using a CRD IV end-point definition of CET1 in line with the UK implementation of CRD IV. If a firm’s capital ratio is projected to fall below the 4.5% CET1 ratio in the stress, there is a strong presumption that the PRA will require the firm to take action to strengthen its capital position. However, depending on the outcomes for specific firms the PRA may still require action to strengthen capital positions even if the threshold is met. To determine whether action is needed, the PRA will examine factors such as the firm's leverage ratio, its Tier 1 and total capital ratios on a risk-adjusted basis, the adequacy of its recovery and resolution plans and the extent to which potentially significant risks are not quantified adequately or fully as part of the stress.

If the exercise reveals inadequate resilience at the level of the system, the FPC will consider a variety of actions, depending on the sources of potential problems, including recommendations to the PRA and Financial Conduct Authority.

In addition to the stress scenario focussed on the UK, the Bank of England will also assess the impact of an EU-wide baseline macroeconomic scenario exercise co-ordinated by the EBA. The EBA has set out the details of its EU wide test today. Under this baseline scenario, the PRA expects firms to have a CET1 ratio of 7% of RWAs and a 3% leverage ratio using a Tier 1 definition of capital.

Stress scenario for the UK variant

• Perceptions of a permanent productivity shock raise concerns over the sustainability of debt positions. This leads to a rapid re-assessment of prospects for the UK economy.

• This is associated with a sharp depreciation in sterling and a build-up of inflationary pressures in the UK.

• This combination of shocks leads to an assumed tightening of monetary policy as well as a rise in  long-term interest rates.

• This leads to a marked downturn in economic activity, with real GDP falling by about 3.5% from its 2013  Q4 levels, and a pickup in unemployment, with the headline unemployment rate peaking at around 12%.

• House prices and commercial real estate prices fall by around 35% and 30% respectively in the stress in  nominal terms.

• Increased uncertainty over future bank profitability is assumed to contribute to strains in bank funding.