With net migration at an all-time high in the UK, the Bank of England has finally accepted in its latest report entitled “The impact of immigration on occupational wages: evidence from Britain” that mass migration is having a serious, consequential effect on the wages of low skilled workers.

In its report, the Bank of England states that “as immigration rises by 10%, wages fall by 0.3%”.

UKIP Migration spokesman, Steven Woolfe MEP had this to say on the reports new findings:

“Since I have been the UKIP spokesman on Migration, along with UKIP leader Nigel Farage, I have been arguing that mass migration pushes down the wages of the low paid in the UK. This is not the first report which came to the same conclusion. In fact, Bank of England Governor, Mark Carney also accepted that unsustainable levels of migration causes wage compression some time ago. 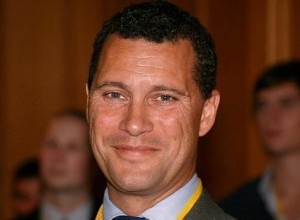 "The Report states clearly that 'the immigrant proportion has a significant negative impact on pay' (p.18). We must start to discuss and fully understand the impact, directly and indirectly, that mass migration has on our economy and jobs sector. Net migration at over 300,000 per year is preventing wages rising in line with inflation for native, British workers. With wages being compressed, this impacts the disposable incomes of many low skilled workers, which in effect, hinders our economy on a local and national scale. This level of migration is compressing the low skilled jobs sector which is bloated to bursting point.

“What is clear, is that this debate on migration is no longer a two dimensional debate. When we start to look at the migration debate through an economic, social and cultural lens, mass migration over the past decade has had a detrimental impact on our communities, on jobs and on the welfare of our economy.

“We need to take control of our migration policy, and implement a policy which is fit for British workers and the British economy, especially in light of the new announcement on the living wage, which will be significant pull factor for many migrants within the EU."