As fears increase that another housing bubble is being formed the Bank of England Prudential Regulation Authority (PRA) has put forward its proposals on limiting high loan to income (LTI) mortgages.

The proposal comes in response to a recommendation made by the Financial Policy Committee in June that:

“The PRA and the FCA should ensure that mortgage lenders do not extend more than 15% of their total number of new residential mortgages at loan to income ratios at or greater than 4.5. This recommendation applies to all lenders which extend residential mortgage lending in excess of £100 million per annum. The recommendation should be implemented as soon as is practicable.”

This will not set limits on borrowers’ LTI ratios but will limit the proportion of a lender’s mortgages that can be advanced on a high LTI basis.

Under the proposal only 15 percent of a lenders total mortgages would be permitted to be at or above an LTI of 4.5 in any one quarter, where that lender’s residential mortgage lending exceeds £100 million a year.

Some exceptions are included, such as lifetime mortgages and remortgages where the principal amount outstanding does not change. Also excluded are buy-to-let mortgages. The PRA identified second charge mortgages as a potential ‘leakage’ problem but has excluded them as they are not subject to product sales data (PSD) reporting, but said that it would monitor the situation. 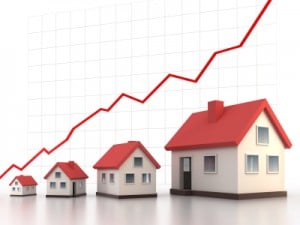 The PRA proposal will now enter into a period of consultation with interested parties and the new rules should come into force on 1st October 2014. Borrowers will therefore still have access to high LTI ratio mortgages after this , but lenders will be limited in how many they can hand out.

As the economy improves the appetite for risk increases, which could lead to lenders being far more adventurous when looking at income multiples. These new rules would however apply some brakes to them.

The PRA points to a couple of risks to the system that it will have to keep an eye on. The first is that borrowers may look to supplement a mortgage with unsecured lending (or maybe more to the point lenders may look to circumvent the rules along these lines). A second is that ‘…European Economic Area (EEA) branches could provide additional supply in this market segment although recently they have not been active in this market’.

“Following heated speculation that the FPC would announce measures to cool the housing market following its meeting earlier this month, inaction might have fatally damaged the Committee’s credibility. That said, the recommendations announced today alongside the publication of the Bank’s Financial Stability Report are fairly modest.

“The FPC recommended that lender’s should apply more strenuous affordability tests. More significantly, as of today, the proportion of home loans amounting to 4.5 times or more of borrowers’ incomes will be capped at 15% of all new mortgages. The Treasury announced that home loans of this size would no longer be available at all under the ‘Help to Buy’ scheme.

“The direct effect of the FPC’s announcements in cooling the housing market is likely to be limited. With high loan-to-income mortgages currently accounting for only 10% of the total, there is still sizeable room for such lending to expand before the FPC’s cap is reached. The measures will of course not apply to cash purchases, which the latest data showed rising to a record high as a proportion of home sales.

“That said, Mark Carney emphasised that the FPC’s actions were more about heading off future risks arising from riskier lending and avoiding the need for more drastic action later. In this respect, as an insurance policy, today’s announcements seem sensible. The fact that the FPC has been willing to bare its teeth, highlighting the possibility of further restrictions in the future, should have some effect in dampening the belief held by some that the only direction for house prices is up.”

“The pound bounced back this morning after the Financial Policy Committee’s actions to take some of the heat out of the housing market were not as aggressive as some investors had expected. Governor Mark Carney made clear that the FPC’s job was not to control house prices, but is introducing measures today to reduce the risk of reckless mortgage lending developing.

“The pound’s spike higher against both the euro and US dollar reflects relief, or rather confidence, amongst traders that today’s FPC announcement will not alter the Monetary Policy Committee’s impending debate about when to raise interest rates. GBP/USD jumped back above the important $1.70 mark to reach a session high of $1.7035 having fallen to $1.6949 yesterday.

“Carney announced this morning that the FPC will tighten loan-to-income limits on lenders and also toughen affordability tests, making sure that reckless lending by banks in the past does not happen again.”