Barclays announced a withdrawal from speculating on food last week following public outcry over its effect on hunger.

Banks like Goldman Sachs are speculating on food prices, increasing volatility in the markets and fuelling sharp price rises. The World Development Movement is calling for strict controls to limit speculation.

Step one of the Bankers Anonymous programme asks people to write to their MP, urging them to call on George Osborne to back tough rules. Legislation to curb speculation is being discussed at the EU, but the UK government has so far opposed effective controls. 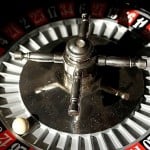 World Development Movement campaigner Heidi Chow said today: "Banks are addicted to gambling on food, making millions while hungry people lose out. When food prices rise, the world's poorest people can no longer afford to feed their families. And those on the borderline of hunger are faced with having to take their children out of school, or forgoing essential health care, just to be able to buy food.

"The only way to cure banks' addiction is to introduce strict controls on their gambling. If the UK government is serious about tackling global poverty, it must back strong legislation to curb speculation."

Theresa May Wants a Free Vote on Fox-Hunting