Responding to the Banking Commission report recommending that senior bankers who put the industry at risk should be jailed, Laura Willoughby MBE from campaigning website MoveyourMoney.org.uk said:

"The commission has exposed the rot that was at the heart of our banking system and has pulled no punches in its recommendations in how it deal with it.

"Bankers must be responsible for their actions, customers need more choice and freedom to switch when unhappy and the economy needs trustworthy regulators.

"The Government cannot afford to ignore this opportunity to transform banking. In 5 years since the banking crisis and nothing has changed. Banking needs to reform now and offer more competition or Britain's economy will be held hostage by bad banks for generations to come."

On the possibility of breaking-up of RBS Laura Willoughby said:

"We will all lose if there is a rush to use RBS as a way to sweeten the public before an election rather than as a way to boost the economy and help repair our broken banking system. Short-term political gain should not trump the possibility of doing something radical that could provide long term benefits for the country and bank customers.

"Customers would benefit from a national decentralised public bank supporting the financial services needed in every region, saving and lending in the public interest and strengthening competition within the banking system. RBS could turn out to be an asset to the country rather than just another bank that is 'just the same'." 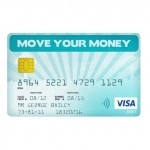 Bank customers are moving which signals that they want to see change. 2.4 million customers left the UK’s five biggest banks in 2012. The figures, based on quarterly market polling publically available, show a mass movement away from the big banking groups, Lloyds, RBS, Barclays, HSBC and Santander. This represents a 5% point loss of the market share of current accounts, and demonstrates a massive response from ordinary people to a year of scandal by voting with their feet and switching who they bank with.

From September the rules governing switching bank accounts will change, limiting the time it will take to change banks to only 7 working days. Today’s research suggests that up to 9 million people may be more likely to switch as a result of these changes . Separate research from YouGov predicts that the number could be as high as 14 million.

“People are switching because they are angry about the lack of reform in Britain’s broken banking system, and have decided to take matters into their own hands.

“This shows that real change won’t come from Westminster or the boardroom, but from ordinary people putting their foot down and saying ‘enough is enough’ ”