The Banking Reform Act is a key part of the government's plan to create a banking system that supports the economy, consumers and small businesses.

It implements the recommendations of the Independent Commission on Banking, set up by the government in 2010 to consider structural reform of the banking sector.

It also implements key recommendations of the Parliamentary Commission on Banking Standards, which was asked by the government to urgently review professional standards and culture in the banking industry following revelations of attempted LIBOR manipulation last year.

The government's reforms are based on almost three years of consultation on the future of the UK's financial sector and represents the biggest ever overhaul of Britain's banking system.

Since 2010, the government has acted to transform the banking industry through four key areas of reform:

– supervision: the government has put the Bank of England back at the centre of the supervisory regime, with new powers to identify and address systemic risks as they emerge, ensuring safe banks that will not bring down the economy in the future;

– structure: the government has brought forward new laws to separate the branch on the high street from the trading floor in the City to protect taxpayers when mistakes are made;

– culture: the government is imposing higher standards of conduct on the banking industry by introducing a criminal sanction for reckless misconduct that leads to bank failure, and a more stringent approval regime for senior bankers;

– competition: the government is acting to empower consumers by giving them greater choice, which should incentivise innovation and competition within the banking sector.

"I am delighted that the Banking Reform Bill has received Royal Assent. This is a major milestone and marks the end of a three year process, led by the government, to make the UK banking system stronger and safer so that it can support the economy, help businesses and serve consumers.

"From the outset the government has built a consensus on this issue and this legislation will deliver crucial changes to the structure of banks, ensuring that UK taxpayers are not on the hook for future bank failures.

"The Banking Reform Act will also help to deliver much need competition in the banking sector and increase the conduct standards amongst bankers."

"With key Independent Commission on Banking recommendations now in law, the UK is at the forefront of banking reform. The international reform effort still has further to go – to ensure that banks have deeper capacity to absorb losses, and to build safer structures for banks in the rest of Europe." 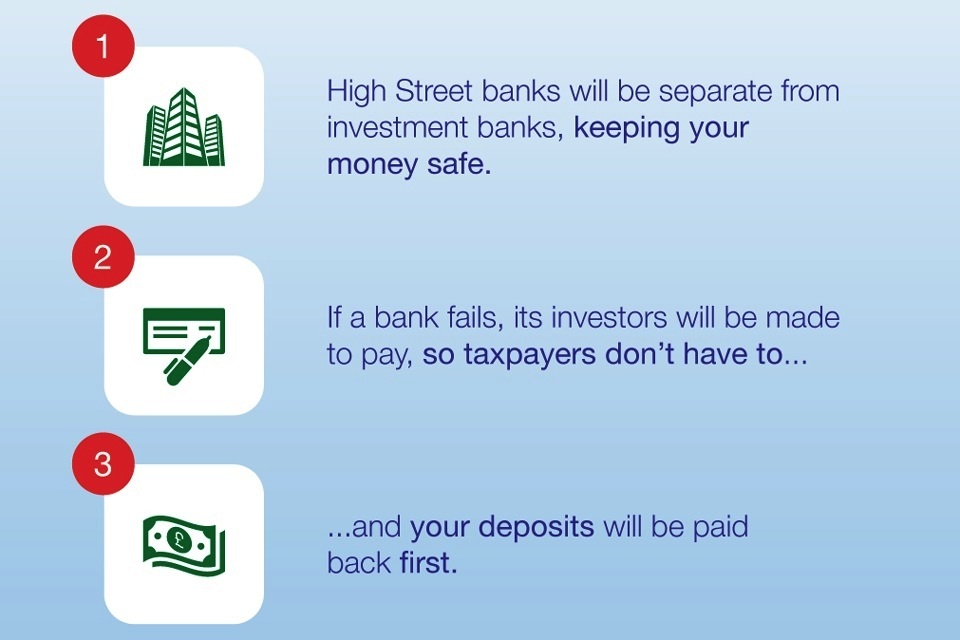