With recent revelations about tax avoidance by big banks there was a growing perception that not only are banks too big to fail but that they are also too big to tax.

But HM Revenue and Customs has now decided to clamp down on this issue.

The two schemes shut down by HMRC involved firstly the avoidance of paying corporation tax on profits gained when a company purchases its own IOU-notes that have fallen in value due to the financial crisis in a ‘liability management exercise’ and the second involved investment funds trying to claim tax credits from the Treasury on non-taxable income. Government legislation was passed yesterday to prevent any further use of these schemes.

The bank at the centre of this is reported to be Barclays but other banks may have used the same procedures. And in a very unusual retrospective move HMRC is said to be clawing back some Â£500 million in total.

The reason that the retrospective action was taken was because Barclays had signed up to the Banking Code of Practice on Taxation, signatories to which pledge to adhere to both the spirit and the letter of the law.

Under the code of practice banks are required to inform HMRC how they intend to avoid tax, something which Barclays is said to have done. But it will still be expensive and embarrassing for them.

HMRC has also reformed its tax settlement governance procedures, which attracted much criticism (including from a Public Accounts Committee report) for what was seen as letting some large companies off of a vast amount of tax due to the cosiness between bosses and highly placed tax officials. 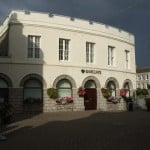 The new arrangements include:

But despite this there are concerns around certain aspects of the new arrangements regarding independence.

Whilst we welcome the principle of greater transparency and more thorough governance around tax disputes, there remains concern that there will still not be sufficient independence in place. It appears from the Statement that the assurance Commissioner – and the two additional Commissioners – will be Civil servants, though there was earlier press speculation that at least one of the commissioners would remain independent. It might have been better to have appointed a person – or persons – with judicial experience of handling Tax disputes. A particular question surrounds the proposed panel of senior tax professionals. Will they be professionals who are still in practice? If so, it may be difficult to view them as wholly impartial. How will they be selected? Given that one of the less publicised concerns around HMRC's previous system was the perceived closeness to particular tax professionals and firms, this could open up the new system to new accusations of cosiness. I very much hope that this does not turn out to be the case.

The elephant in the room is the Litigation and Settlement Strategy. Will a revised version be included in the new code of governance? Presumably not, since LSS is a matter of policy not governance. Whilst the principle of greater transparency and more effective governance is to be heartily welcomed, it must be remembered that the inflexibility of the LSS as currently drafted has been one of the significant problems that has undermined the system. The Exchequer Secretary rightly notes that "Settlements form an important part of HMRC's large business strategy". A more flexible LSS combined with much tighter scrutiny and governance on individual settlements would be the best result.