G4S and Serco should be barred from bidding for government business until a major fraud investigation into their practices has been completed, the Howard League for Penal Reform will say today (13 May).

The two multinationals are being investigated by the Serious Fraud Office (SFO) and have agreed to repay a total of more than £180million after it emerged that they had overcharged the taxpayer for electronic tagging.

A new dossier, outlining years of failure by the two companies in delivering justice contracts, has been compiled by the Howard League and will be presented to police today (13 May).

The charity’s Chief Executive, Frances Crook, will hand in the dossier at New Scotland Yard at 12.30pm and ask the Metropolitan Police and the City of London Police to assist the SFO inquiry.

The move is a protest against ministers’ decision to allow G4S and Serco to resume bidding for contracts while the SFO, itself a government department, continues its investigation.

A more comprehensive report, considering failures by other private firms such as Sodexo and GEOAmey, will be sent to MPs on the Public Accounts Committee, which heard evidence about the tagging scandal last November.

The report, titled Corporate Crime? A dossier on the failure of privatisation in the criminal justice system, features a litany of deeply concerning cases, including:

• How a terminally-ill prisoner on his way to hospital was kept waiting in handcuffs for 40 minutes in the street, in full view of the public, while G4S staff went to a bakery for lunch 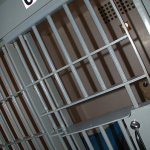 • How Macmillan nurses were prevented, for contractual reasons, from entering a G4S prison to help an inmate dying of cancer

• How a Serco children’s prison became the most violent jail in England and Wales, accounting for one in 15 of assaults in the entire prison system

• How a GEOAmey prison van embarked on a 96-mile trip to drive a prisoner 50 yards because of a lack of suitable vehicles in the vicinity.

“We are asking the Metropolitan Police and City of London Police to use their resources and expertise to help the Serious Fraud Office with its complex investigation into possible widespread criminality by companies profiting from public money when they deliver justice services.

“The dossier compiled by the Howard League is a litany of failure by private companies.

“The delivery of justice is one of the most precious public services and we must, as a nation, adhere to the highest standards of probity.

“The possibility of systematic fraud of the public purse on a massive scale by profiting companies diminishes justice.”