The British bank Barclays has posted a pre-tax profit for 2010 of £6.07 billion, a 32% rise over the previous year. But at the same time has also announced a reduction in the bonus pool for its staff of 7%.

At its investment arm, Barclays Capital (BarCap), profits almost doubled to £4.78 billion but they paid out bonuses 12% lower than the previous year.

The salary bill though did rise by a significant 13% to £8.8 billion.

Now for me this is very significant in that bonuses are paid out for short term performance and fluctuate with the bank's fortunes (obviously). But a salary, with associated pension payments is a long term commitment (and expensive if you get it wrong). This in turn may lead to more committed staff who are with Barclays for the long term, which in turn has a steadying influence on he organisation's attitude to risk. It will also have to perform consistently well to justify the salaries.

Now, if other banks follow in this vein we may see the higher salaried positions being viewed as the superior job to have, rather than the grab and run commission based posts. 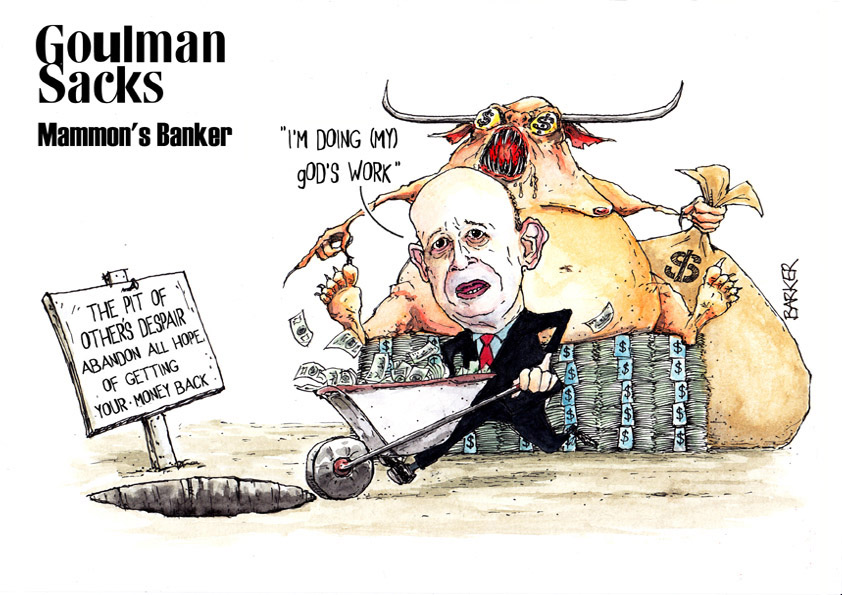 In my humble opinion bankers are not, as Lloyd Blankfein put it, 'doing God's work' [1], they are a necessary evil within the modern society we allow to be run in the way that it is. Remember it was Jesus that threw the bankers out of the temple and told the eye of the needle parable that "it is easier for a camel to go through the eye of a needle, than for a rich man to enter into the kingdom of God'.Â  Also bear in mind which of the disciples got the 30 pieces of silver! (I would also tend to think that God would prefer a community to build a house for a couple of newlyweds on some spare ground rather than subjecting them to a 25 year anchor sized mortgage.) But if we are to pay bankers large sums of money let it be for the long term good rather than short term opportunism.

In the long run this may help to quell the public's thirst for the blood of a banker.