The British public have changed their attitude to the way they shop, with the increasing use of voucher code sites, and people feeling less embarrassed about hunting for a bargain.

New research from Savoo.co.uk, the voucher code and money-saving site, has revealed that the way we feel about using discount vouchers now is very different to how we felt five years ago. The research conducted by Opinion Matters of over 2000 people has shown that in 2009, 30% of people were embarrassed to use a voucher code, in comparison to just 21% who now say they are embarrassed.

Ed Fleming, Head of PR and Partnerships at Savoo commented:

"The research shows that it is becoming more and more acceptable to hunt for a bargain and use vouchers codes. Five years ago there was more of a stigma attached to going out and finding a great discount, but this seems to be changing. It is interesting to see as well that the younger generation are less comfortable using a voucher code than the older generation." 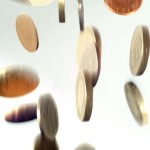 Further to this, Savoo looked into what kind of thing we are mostly using voucher codes for and how often.  Food and drink for consumption at home were the most popular, both now and in 2009. 89% of people will now use a voucher code for this, increased from 80% in 2009. Restaurant use is also popular, increasing quite dramatically, from 51% in 2009 to 72% now.  One in five will now visit a discount voucher site once a week, with over 10% of people will now check for voucher codes every time they go shopping.

Savoo’s own statistics and data over Easter back-up this trend.  Easter online voucher code usage between 2013 and 2014 grew by a staggering 20% as people looked for bargains over the extended break.

Ed commented:  “With people feeling less embarrassed about using voucher codes, it comes as no surprise that their use has increased. I think retailers are also becoming more aware of how important it is to attract consumers with deals and discounts and they are now more reliant on money saving affiliates to encourage people to shop.”

• Only 22% of people never use voucher code sites

• On average people are saving £6.50 a week using voucher codes