Barristers’ profits continue to drop – now down 12% in two years

Barristers’ incomes have fallen by 12% in the last two years, putting their ability to meet the critical July 31st tax deadline under pressure, according to LDF, a leading finance provider.

LDF explains that, as barristers are self-employed, they must pay their tax in two large semi-annual payments. The July tax bill is a “payment on account” normally equal to half of their previous year’s tax bill.

LDF says many barristers will struggle to meet this year’s July 31st deadline, having already found it difficult to fund the huge lump sum needed to cover the January 31st payment.

“Many barristers face a cash-crunch as the next tax deadline approaches. It will be difficult for many to meet last year’s level of tax on this year’s dwindling profits.”

Deep cuts to legal aid have hit barristers hard, with fewer people now able to seek professional representation as it makes them financially unable to take their case to court.

LDF says that increased competition for work amongst barristers has also led to a sudden decrease in their workload over the last few years. New entrants to the profession shot up by 19% in just two years, increasing from 11,000 in 2009/10 to 13,000 in 2011/12.

In 2010, fixed fees for certain types of cases were introduced, leading to a decline in barristers taking on more complex legally aided work in areas like immigration and asylum. Subsequent bigger cuts, which came into effect on April 1, 2013, mean that some types of case are no longer eligible for public funds at all – including divorce, child contact, welfare benefits, employment, clinical negligence, and housing law except in very limited circumstances.

“As well as the cuts to legal aid meaning there is less work available for barristers, the Legal Aid Board is notoriously slow to pay them for their work, a big problem for barristers relying on quick payment to cover their bills.”

LDF explains that becoming a barrister remains a popular career choices for young people – balancing potential high earnings with a challenging workload. Hence many aspiring young people have opted to enter the profession, increasing the competition for the same level of work.

“Late paying clients are also proving a real problem for barristers, which means a barrister’s cash flow can hit extreme peaks and troughs throughout the year – if a tax bill hits during a trough, many barristers could find their backs against a wall.”

In order to avoid hefty late payment fines from HMRC, an increasing number of barristers are now planning ahead, by turning to expert finance providers that are able to provide specialist loan facilities that spread the cost of a tax bill over time.

“It’s clear that many barristers are in need of extra funding if they are to cover tax payments on time. To avoid substantial fines from HMRC, barristers should ensure they have finance in place to cover tax bills – and it’s not too late to do so for those worrying about the July 31st deadline.”

LDF, for example, offer the LDF Professions Tax Facility, which allows barristers to regain control over their cash flow by spreading the cost of tax payment over time. Simple and efficient, the facility provides a rolling funding stream for both current and future tax liabilities, allowing barristers to quickly re-gain clarity and peace of mind over their financial position. 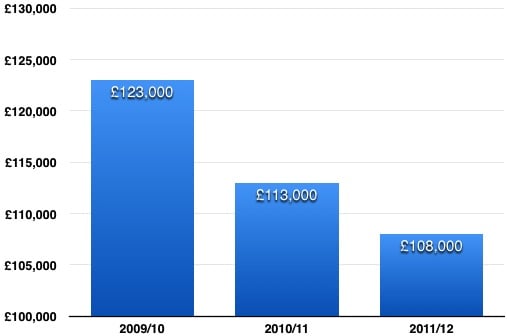 Changing your career after redundancy

The importance of having the right business card