By Anna Watson, founder of The Arnica Network (arnica.org.uk)

A man in a white coat, smiles, offers an injection to a puppet 'child' who is alone. 'Inoculation is the perfect Medication' he tells the child after dancing and singing with a syringe. (Cut to a nurse telling children elsewhere that if they are vaccinated with the MMR they won't get the Measles, Mumps and Rubella.) Will it hurt asks the boy, well it might says DR Ranj, but you can cry if you want to. Without waiting for an OK, the doc injects the boy who then says 'I‘m not sure I'm ready for my injection,' but the doc marvels 'I have already done it.'

Will Dr Ranj, who is a paediatrician from Kent, be struck off? A medical intervention, a vaccine in this case, was administered in a non life threatening situation without consent at all. The minor does not give informed consent and neither do his guardians or parents as they are not there. No risks or contra indications were discussed or considered.

Now Watch 'Inject to Protect' (www.bbc.co.uk/iplayer/cbeebies/episode/b01p019d/Get_Well_Soon_Inject_to_Protect/) aired Wednesday 14th November at 4pm. (Editor's note – as of 19 July 2014 this video no longer appears to be available on the BBC.)

OK, it's not real life, it's a muppet puppet show. The GP, despite using the same make up artist as in Lazy Town, is a real GP and he is also the CBeebies doctor in their series 'Get Well Soon'. Will children, perhaps viewing alone, understand the difference between this and real life, or may it leave some with a warped sense of going to the doctor who listens to them but gives the medication despite their wishes?

At the *ADR CONFERENCE last year 'Is the Patient voice loud enough?' Dr Fleur Fisher told us that the foundations of medical ethics are Observation and Listening to Patients. Informed Consent is vital as ethically, risk is only passed to patient if every effort has been made to inform, so technically if a serious side effect was suffered the GP could be held responsible.

The guidance from the General Medical Council states that GPs should 'Listen to patients and respond to their concerns and preferences' and under Communicating with children and young people it stresses 'You must take children's and young people's views seriously and not dismiss their concerns, fears or views because of their age' and 'If a child or young person with capacity refuses to give consent, you must respect their decision'.

You can read more on patient's rights and doctor duties here:

On the issue of medical and scientific information given:

1. Is it legal to promote medicines to children suggesting that they are 100% safe?

The NHS website reports side effects and the UK has a vaccine damage payment fund for those left more than 60% disabled. CBeebies should have not have offered such simplification. Rounding up a few percent to a hundred negates the thousands of vaccine damaged children in the UK. Jackie Fletcher whose 20 year old son can't speak or walk, is doubly incontinent and who has fits every day. His injury was officially linked to the MMR this year and received a payment under the Vaccine Damage Payment Fund.

2. Is it ethical to promote medicines to children suggesting that they are 100% effective?

The efficacy rate is more like 95% so 5% of a 700,000 births a year means that tens of thousands of children every year will have the MMR but it will not work for them.

An adult may be able to separate the truth from a GP wearing make up and a cartoon character but a child may not. How many children saw this show alone and will have been left with the idea that medicines and syringes are totally safe and work without fail? How will the BBC find these hundreds of thousands of children and their families and apologise for promoting the dangerous image that it is OK for a single male to coerce a lone child into an injection that carries a potential risk.

I had to complain and did so using their online complaints facility.

The reply was returned as quick as you could say 'no conflicts of interest' with the opening line 'Firstly, we'd like to reassure everyone that no programme on CBeebies receives commercial sponsorship of any kind'. Obvious what other types of complaints they had received that morning, but nothing in response to my concerns. The show flouts its own charter guidelines on Accuracy and Bias.

If you are not happy with your reply you should escalate it to level 2 with the BBC and then level 3 and also complain to OFCOM [1] and the BBC trust. OFCOM received 50 complaints in the first week but we will wait and see if CBeebies merits investigation. 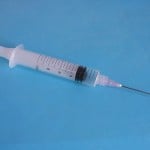 Dr Ranj, to his credit, answered me on his Facebook page with the reasons and considerations for the show:

1.  The programme is make-believe and involves puppets…. therefore please take it in that context.
2.  In the episode, Deep came in for a pre-booked vaccination appointment – the aim of the episode was to explain to him why he was having it and to allay his fears not to 'persuade' him to have it.
3. In any case a child would not be able to give informed consent – hence the decision was already made.
4.  Yes, I am a real doctor and I deal with children and with issues around such treatments EVERYDAY … .
The majority of people who watch the show appreciate it's intentions and have found it valuable, informative and entertaining. I stand by Get Well Soon and feel we have nothing to apologise about.

…..Well, just in case children can't always separate TV and cartoons with real life in such a sophisticated way please let's be more explicit with our children:

Children should not be left alone with an unfamiliar adult, even if they are dressed in a white coat.

Children should never play with needles.

Children should never be asked to make a decision to take a medication or injection without a guardian to share in making an informed choice.

No medication is totally safe and effective …… in fact some children are seriously injured like this toddler!

Image of syringe from Wikimedia Commons.

Oil companies, not speculators, drive the price of oil

Scottish Labour gives up on Defence