A poll commissioned by the BBC where they report "few people" planning to migrate to the UK from Romania and Bulgaria is misleading, according to UKIP.

The BBC have today issued the (narrative) results of research they have undertaken regarding the likelihood of Romanian and Bulgarian citizens coming to live and work in the UK in 2013 and 2014. These results have given rise to headlines on the BBC News today saying that "few" people are planning to migrate to the UK and there is "no indication of huge Romanian-Bulgarian influx".

"Together, the total considering moving to the UK in 2013 and 2014 was therefore over a million".

"More startlingly, though, the BBC has then concocted their astonishing 'nothing to see here' headlines out of a series of follow up questions. If you convert their stated percentages into real figures, the story is a good deal more shocking than the BBC's headlines suggest. 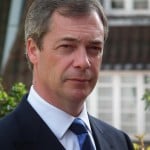 Farage went on, "According to the BBC's own figures, the total number of people in Bulgaria and Romania who are actively looking for a job in the UK is 499,741; while another 248,082 are progressing a job application or looking for accommodation".

"In short, according to the BBC's survey, three-quarters of a million adults from Romania and Bulgaria are currently in the process of trying to move to the UK in 2013/2014".

"Theses are figures that we should be worried about, when we have significant and rising youth unemployment, when the NAO says that next year the country will be 250,000 primary school places short, and when the Government admit that they want to build on 1,500 square miles to accommodate the increase in population".

"It looks to me that the BBC is engaging, with its headlining of this story, not in reporting the facts, but in influencing the debate."

How to Boost Your Profits in This Exhausted Market