• From 29 to 31 October 2013 the UK will be hosting the first WIEF held outside of the Muslim World.

The World Islamic Economic Forum (WIEF) Foundation is a Kuala Lumpur based organisation which grew out of the business conference of the Organisation of the Islamic Conference (OIC). It brings together government leaders, captains of industry, academic scholars and regional experts to discuss opportunities for business partnerships in the Muslim world and beyond.

WIEF has been hosted annually since 2005 in destinations including Jakarta, Islamabad and Kuwait. One of its aims is to promote dialogue and foster co-operation among international businessmen – in the belief that business partnerships can become genuine bridges towards peace and prosperity between the Muslim and non-Muslim world.

Delegations to the WIEF are expected from across the Islamic world and beyond, representing more than half of UK Trade & Investment's (UKTI's) priority high growth markets and over 30 major international projects identified under UKTI's High Value Opportunities programme. The WIEF has invited a number of Heads of State and Government to the WIEF, those confirmed to attend include:

• the Chairman of the WIEF Foundation the Hon.Tun Musa Hitam

• the Mayor of London Boris Johnson

• a number of ministers from the UK Government

The 9th WIEF will be held on 29 to 31 October 2013, in ExCeL, London. It is the first time the Forum has been held outside the Muslim World.

The theme of the Forum will be: "Changing World, New Relationships" to encapsulate the emergence of new economic linkages between nations across borders, religions and cultures in a fast changing world.

For the UK, this is a fantastic opportunity to:

• showcase the UK as a global destination for Islamic finance

• strengthen UK relations with participating countries, on a bilateral and multilateral basis

To compliment the main themes of the WIEF, UKTI is running a series events as part of the British Business Pavilion. The sessions and workshops will cover the latest business opportunities, expertise and innovative solutions in:

• healthcare – including advances in managing non-communicable diseases; the role policy has in driving innovation; and the implementation in the UK and overseas of new care models for conditions like diabetes and cancer

• smart cities – including how the UK's ICT, smart technology and environmental expertise can underpin the creation of low carbon future cities 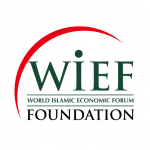 By signing up to the British Business Pavilion you are eligible for a discounted WIEF ticket price for the 3 days which will include:

• exclusive access to 1,000+ global decision makers and solution providers in your sector

• invitation to the WIEF Gala dinner attended by the Malaysian Prime Minister (WIEF Patron), heads of state and their senior delegations, senior UK Ministers and other VIP guests

• business matching service providing a tailored, one-to-one meeting service between British Business Pavilion delegates, and with those attending the WIEF

For those unable to take advantage of the full 3-day WIEF programme, a 1 day pass is available.

The British Business Pavilion is an invitation-only event for senior decision makers. To register your interest, contact bbp@innovision.eu or call 0207 034 3293.

Do you qualify for the insulation grant?