Updated 7th November 2014 – The National Pollinator Strategy published today [Tuesday 4 November 2014] is a major step towards protecting the nation’s bees, said Friends of the Earth, which led the campaign for a bee action plan.

But the environment charity warned that ministers must still do more to boost greener farming practices and reduce the threat from pesticides.

“This bee strategy shows that people power works – it has been introduced because thousands of people, organisations and politicians across the UK have stung the government into action.

“The National Pollinator Strategy will make a significant contribution to safeguarding Britain’s bees – but ministers must still get tougher on pesticides and do more to boost bee-friendly farming as 70% of our land is farmed.

“Bees and other pollinators are vital for safeguarding our food and countryside. Everyone has a role to play – we cannot afford to jeopardise their future.”

Reacting to a new report from the University of East Anglia, which says climate change could be disrupting the relationship between bees and plants, Friends of the Earth Nature Campaigner Sandra Bell said:

“This study joins a growing number that show how climate change is beginning to affect some our most vital and beautiful species, such as our bees.

“If we want to safeguard the vital pollinating services our bees provide we must tackle climate change and help them adapt to the changes already happening.

“This week’s National Pollinator Strategy was an important stride forward – now we need rapid action to deliver more and better habitat with plentiful food sources to help our bees survive.

“We can’t afford to ignore the mounting evidence: unless we rapidly reduce our reliance on fossil fuels we face a catastrophe.” 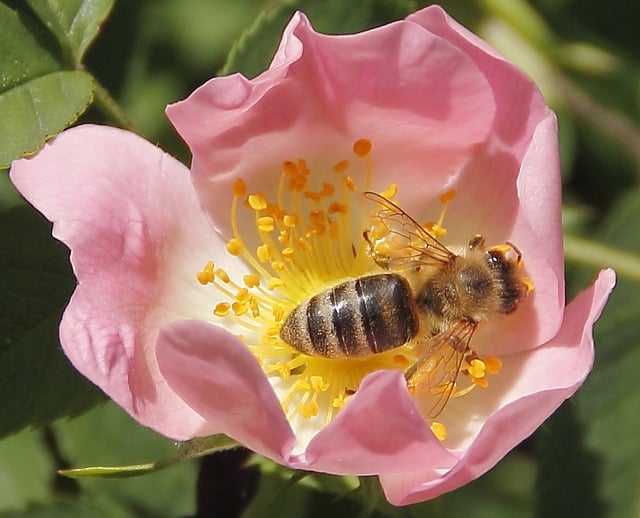 Automation (In UK Manufacturing) Is Inevitable And Welcome