Government must do more to protect bees

The UK Government isn’t acting quickly enough on new evidence of the threats faced by bees and other pollinators in England, the Bee Coalition warned on Tuesday, the first anniversary of the UK’s National Pollinator Strategy [NPS].

The report Policies for Pollinators, criticises the Government for failing to respond to a plethora of new studies linking the use of neonicotinoid insecticides with harm to bees. The Coalition says it’s neither credible nor possible to protect bees and pollinators whilst failing to act sufficiently on pesticides.

Earlier this year the Government controversially gave special permission for farmers in some parts of England to use ‘banned’ bee-harming pesticides this autumn. The High Court is expected to decide tomorrow (Thursday 5 November) whether or not Friends of the Earth can challenge this decision through the courts. 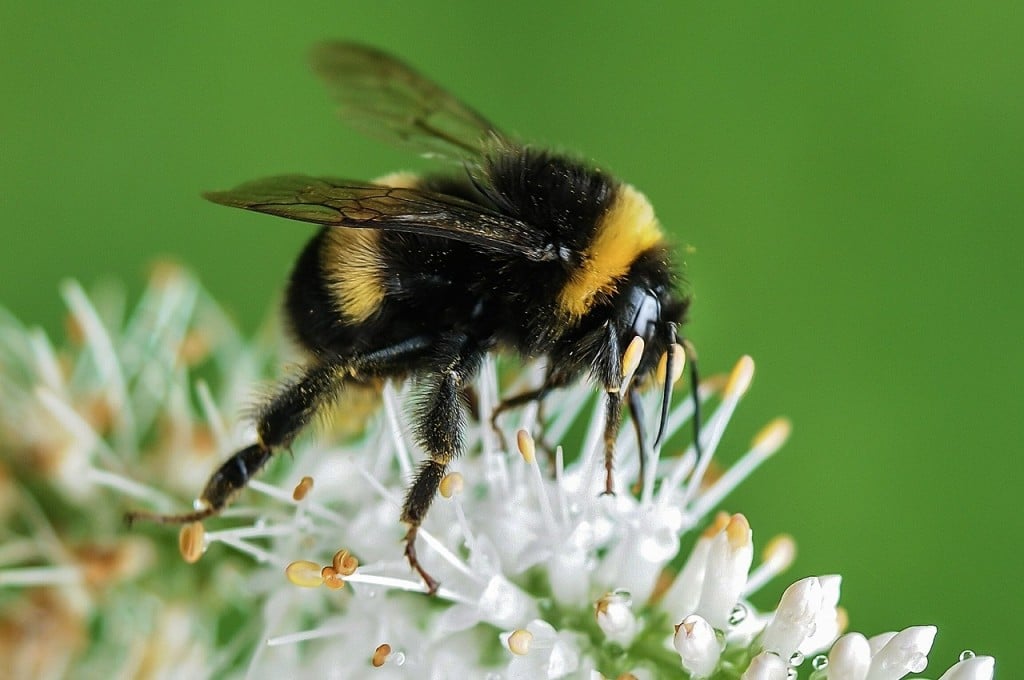 Habitat loss is also a major threat, and this is expected to become increasingly severe as climate change takes hold. But the Bee Coalition says the Government is failing to ensure that adequate pollinator-friendly habitat is being provided.

Although communities, individuals, businesses and local councils are taking voluntary steps to protect bees, stronger Government leadership is needed if action is to match the threats our pollinators face.

Furthermore, the significant amounts of public money spent on ‘greening’ our farmland may fail to help bees and other wildlife because the Government chose to allow farmers maximum flexibility in how they use the money.

The Bee Coalition is urging the Government to strengthen the NPS by introducing a number of measures including:

• a permanent ban on neonicotinoid insecticides and an action plan aimed at reducing overall use of all pesticides;

• stronger incentives for farmers to use bee-friendly farming techniques;

• tougher protection for remaining bee habitats,  such as wildflower meadows, to ensure they are not lost to development;

• the creation of extensive and connected flower-rich bee-friendly habitat across our countryside, farmland and urban landscapes.

The Bee Coalition is also calling on the Government to bring forward its promised ‘refresh’ of the NPS – currently planned for 2019 – to take account of new evidence on pesticides and climate change.

“The Government may recognise the importance of protecting our bees and other pollinators, but far more must be done to safeguard their future.

“The National Pollinator Strategy needs to be strengthened with a permanent ban on bee-harming pesticides, a target for reducing all pesticide use, and tougher action to prevent the destruction of habitats that our pollinators depend on.”

“The government is not willing to talk about the big elephant in the room: pesticides. And we aren’t just talking about neonicotinoids.

“It is time the government commits to reducing overall pesticide usage by supporting alternative methods like organic, as the report recommends.  This will be good for farmers – and bees.

“Many farmers feel they are reliant on spraying up to twenty or so different costly chemicals on each of their fields every year. That’s clearly not sustainable, and is bad for the future for wildlife and food production.”

“It is also vitally important that measures are taken to enable and encourage the creation of suitable new connected habitats for our bees. Investment in this infrastructure is essential for our ongoing health and well-being.”

“Toxic chemicals cause devastation to bees and other pollinators – the government must act now, before the damage can no longer be repaired.”