Being 'Green' is easy in the good times

It's very easy to get people to think 'Green' in the good times when there's plenty of (debt fuelled) growth available to pay wages and people think they have money to spare for these initiatives.

But when times are tough and money scarce then every penny counts and being Green is suddenly no longer a priority to the person in the street as David Cameron is finding out.

Politics suddenly becomes more myopic as opposed to long term visionary. Where is the will to push through the unpopular policies for what was once heralded as for the eventual good of the country?

The Prime Minister is reported to have told his ministers to get rid of the "green c**p" after once promising that he would lead the "greenest government ever". So much for the Tory pre-election slogan of "Vote Blue, Go Green".

Green levies, says the government, adds £112 a year (and rising) to the typical household energy bill and this money is used to pay for such things as green subsidies and loft insulation.

Labour have now gone on the defensive and said that £67 of this is the fault of the coalition, so it looks like they're also not so 'green-minded' these days either.

The UK Independence Party says that the revelation that David Cameron is now rallying against the "green c**p" that he made a hallmark of his Tory leadership a few years ago is a sign that Cameron will "swivel his principles on a sixpence" for electoral gain. 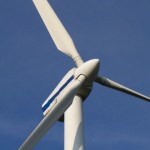 "It seems there is nothing Cameron won't do to crudely try and cling on to power. This is a Prime Minister who seems to swivel his ideology on a sixpence whenever it suits him and it is becoming a joke.

"Despite the rhetoric, he is all in favour of EU renewable policies and carbon emission targets. He supports a £18bn per year Climate Change Act that does great harm to British business and drives up energy bills for working people.

"His government has done nothing to stop the EU's forced closure of our coal fired power stations in 2015.  He has seen the energy crisis coming and no amount of hot air is going to hide the fact the Coalition is as complicit in energy policy failures as the previous Labour government.  As is normal with David Cameron, it's always all talk and no action."

"Whatever language the Prime Minister has used to describe them, his determination to roll them back says everything about his contempt for the most vulnerable, and his lack of interest in serious action to tackle climate change, or to bring down fuel prices in the long term.

"By focusing the debate on green levies, which represent only a fraction of energy bills, the Government is obscuring the real reason for rising costs – which is the increasing wholesale price of gas, and the profits of the Big Six energy companies.

"If the Prime Minister really wanted to help families with their fuel bills, he'd be investing in a major energy efficiency programme to super-insulate the country's housing stock.  This would bring nine out of ten homes out of fuel poverty, quadruple carbon savings, and create up to 200,000 jobs."