The Teflon-coated former Italian PM has finally been forced to leave office and is replaced by Mario Monti, a respected economist and former head of the EU competition commission who wasn’t frightened to slap a â‚¬500m fine on Microsoft for abuse of dominant position. But while this tough approach may stand him in good stead, the road ahead is a far greater proposition as attempts to force through far more severe austerity measure than were voted on over the week-end that will rile a militant trades union movement.

It was risk-on sentiment to start with in Asia in the immediate aftermath of the change of government with EURUSD rising to 1.3813 and GBPUSD to 1.6094 before the reality check set in, and we’re now trading back down testing support at 1.3700 and 1.5950 respectively. Talk of the usual sovereign buyers in the dips still on both with the larger players just happy to punt the range for now.

The Pound continues to tread water but looks vulnerable again going into a week of UK data.

With the Bank of England expected to slash its growth forecasts, worsening unemployment with youth jobless set to breach 1 million for the first time, and inflation to remain at 5%. It’s lost ground against the Euro as well in recent trading and we’re trying break up through a mass of Euro sell orders around 0.8590-0.8600 as I type with reported Middle East buying.

Commodity currencies such as the Aussie, Canadian $ and Rand are once again under pressure giving the Pound a prop by default but overall it looks to be a testing week for a currency that has not had the spotlight on it for a while.

EURCHF continues to trade erratically in a relatively tight range but we’ve seen some good selling of CHF v USD this morning from Swiss corporate names to start heading back towards NY highs around 0.9080.

Stock markets are off their highs but not falling back too far at the moment and Gold finds buyers in the dips but is once again unable to break $1800 as yet.

President Obama has fired another broadside at China over its currency and economic reform which won’t be well received. This ultimately has severe consequences as China remains the dominant world force, and it doesn’t make sense right now to incur their wrath from wherever you’re sitting in the world, whether warranted or not.

Little in the way of data today so we’ll be looking to the newswires again as traders continue to fathom where exactly this might all end up. Answers on a postcard please! 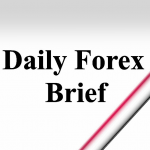 Answers also please if you were in the England supporters end on Wembley on Saturday night and can explain why you weren’t making any noise (the drummer excepted) particularly while we were under intense first-half pressure. Is it just the school sports-hall type acoustics which dampen the spirits and the noise levels? Or did you lose the will to live whilst watching us being totally outplayed? It was certainly noisy down our end where a longstanding Shrimper friend of mine was singlehandedly (ok, I helped a little) taking on the vociferous Spanish support to our right, and winning comfortably!

What does the government's u-turn on caravan tax mean for static home owners?