Bus passengers in York, Merseyside, Nottingham and the Bath and greater Bristol areas are set to benefit from £16.5 million of investment in improved services, Local Transport Minister Baroness Kramer has announced.

Earlier this year, Sheffield became the first city to be awarded new 'Better Bus Area' funding. Now, after a competitive process, 4 further Better Bus Areas are being announced. This follows successful bids from Nottingham City Council, Merseytravel, the West of England Partnership, and York City Council. This will give locally-accountable authorities more freedom to examine their particular issues and improve local bus services.

"Local bus services are the backbone of our transport system, providing a vital lifeline for communities. The Better Bus Area funding will help drive economic recovery in these areas by supporting effective bus networks.

"Passengers want a reliable, effective bus service and I am pleased today to announce that 4 further areas will receive funding under our Better Bus Area initiative, which changes the traditional method of funding bus travel in a way designed to drive up performance and passenger numbers."

Last year the government announced it would reform the way it funds the bus market by devolving funding from operators to local authorities and through establishing innovative new Better Bus Areas.

Within Better Bus Areas, the Bus Service Operators Grant (BSOG) for services run commercially will gradually be devolved to local authorities and will be supplemented by a top up fund worth 20% of the BSOG claimed. 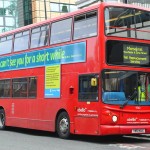 The money will enable local transport authorities to tackle the problems holding back local bus markets.

In addition, funding for the Sheffield BBA announced earlier this year totals some £18.5 million across the next 4 and a half years.

The prudential regulation of insurers under Solvency II