Beyond the Hype: Will 3D Printing Really Change the World?

At the heart of human progress, you'll find innovation. Sparks of genius that spawn whirlwinds of change, smashing through limitations, allowing ingenuity and intellectual prowess to propel civilization to great new heights. Hailed as the trigger of the next industrial revolution, 3D printing seems destined to do just that. Or at least, that's what the headlines would lead you to believe. Indeed, there is no shortage of advocates swearing its impact on manufacturing will rival that of Henry Ford's assembly line.

Of course, with reports estimating the industry to be worth $70 billion by 2030, there is ample reason for excitement. Yet, not everyone is caught up in the sensationalism. After all, additive manufacturing has been around since the late 80s. This begs the question: If it emerged when hair metal was still trendy, why all the fuss now? In the pursuit of truth, let us examine four of the most grandiose assertions made by 3D printing evangelists.

Contrary to popular belief, 3D printers are not messianic contraptions capable of fulfilling your wildest Sci-Fi fantasies. (Not yet, anyway.) Truthfully, they are merely machines that construct objects layer-by-layer according to blueprints. Only recently has the technology advanced to the point of being within reach of the average consumer, with the cheapest desktop units being sold for around $1,000. Unfortunately, the learning curve associated with these devices is steep enough to scare away most casual users.

Although sites like Thingiverse.com simplify matters by allowing users to upload and share file designs, significant copyright concerns are being raised, rendering the future of such services uncertain. Furthermore, the current generation of home 3D printers only use plastic, severely limiting their creation capabilities. Once the novelty value wears off, it's hard to justify spending time and money on a machine that doesn't create anything you can't find at a local dollar store.

Notwithstanding, 3D printing truly manages to shine when it comes to empowering consumers of high-value personal items. Companies like Diamondere, for example, utilize the technology to ensure customers are granted complete control over the creation of customized jewelry. 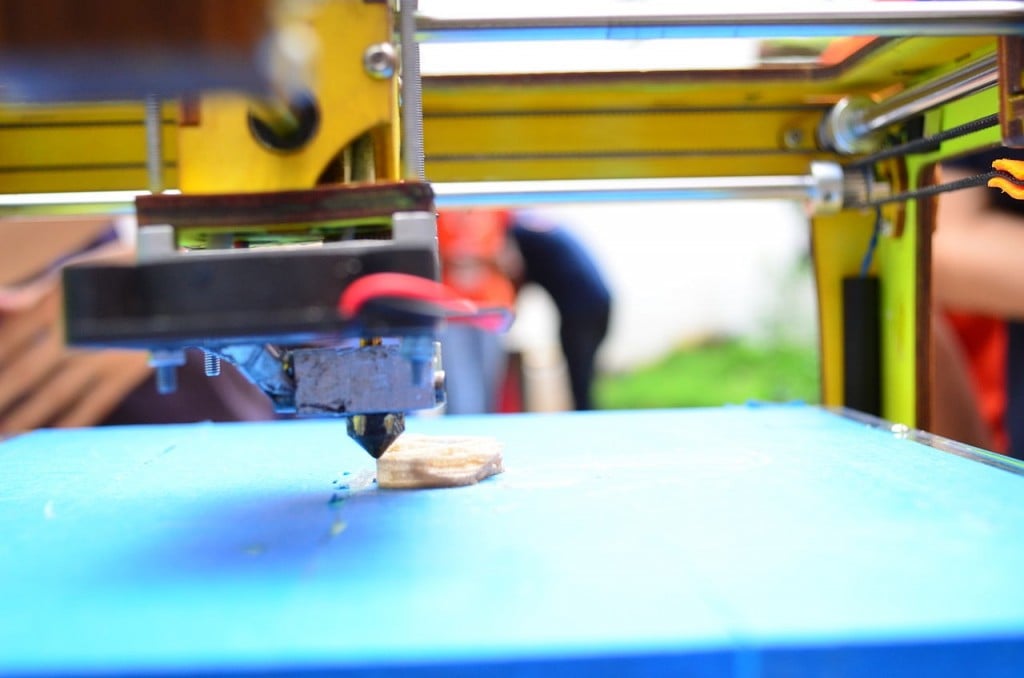 As ripe with growing pains as the industry may be, it's apparent to anyone with cognitive ability that 3D printing is here to stay. Still, in order to understand its implications, the technology must first be demystified. Despite being praised by Obama as the future salvation of American manufacturing, don't expect the return of the kind of jobs that blessed baby boomers decades ago.

Yes, as the industry grows, so too will the demand for laborers. Nevertheless, these occupations will require more than grunt work. In truth, those working with 3D printing on a large, industrial scale will need to be equipped with extensive technical training. I.E. It's not the kind of environment that favors recruiting workers fresh out of high school, as was the case at the forefront of the first industrial revolution.

In an economy fueled by non-stop innovation, designers and engineers are the architects of progress. After all, they're the ones responsible for turning bold entrepreneurial visions into practical realities. For this reason, any tool that nurtures growth in these fields is seen as an educational godsend. Makerbot, a 3D printing start-up, is planning to cash in on this fact. Championing the ability to offer hands-on learning, they've set the lofty goal of having a 3D printer in every American classroom. Quite ambitious, considering many public schools can't even afford to maintain basic music and art programs. Regardless, the technology offers undeniable educational value.

Connecticut's Renbrook Middle School, for instance, utilizes 3D printers to replace and repair costly items, including power tools and even the school's sound system. Examples like this perfectly illustrate the practical appeal of the devices, proving that they can teach fundamental skills while paying for themselves over time.

The 2014 Horizon report agrees, predicting 3D printers will be in high demand across the educational sector [1] by the end of the decade. It's still too early to tell for certain, but it seems 3D printing may eventually help nourish the minds of countless budding Davincis.

Claim #4: 3D Printing Will Save Your Life

Without question, 3D printing has the potential to save lives and revolutionize modern medicine. Although we aren't likely to see approved organ implants anytime soon, research has already led to a wide-range of breakthroughs. In 2013, Cornell University unveiled a functional ear printer. Not to be outdone, The Uk's Heriot-Watt University invented a specialized nozzle used to print structurally rigid blobs of stem cells; a significant development, as these cell clusters are likely to one day play a crucial role in crafting functional human organs.

The technology is already being used to manufacture customized hearing aids and dental implants, with demand for 3D printed prosthetics expected to skyrocket over the coming years. Nonetheless, regulatory hurdles must first be overcome. Currently, pre-surgical planning receives the most benefit. By utilizing prints of CT and MRI scans to create organ molds, doctors are given an unprecedented look inside a patient's anatomy.

In Chicago, for example, doctors used a 3D replica of an infant's heart to discover a large number of holes. Had this information not been received, the surgery scheduled for a 9-month-old girl might have proven disastrous.

Sadly, the sheer cost associated with 3D printing renders it economically unfeasible for most small to mid-size facilities. That said, the technology is bound to spread through the healthcare industry like wildfire once it becomes cheap and efficient. Regardless, it won't be growing alcoholics new livers anytime soon.

One technology alone doesn't change the world. Typically, only the fusing together of multiple cutting-edge industries is powerful enough to drastically alter the global economic landscape. In light of this, the future impact of 3.D. printing rests on the advancement and integration of complementary technologies. In order for additive manufacturing to truly become a cataclysmic force to reckon with, significant leaps in the robotics and artificial intelligence fields must first be made.

Let's be real; by the time highly intelligent robotic limbs are capable of assembling swarms of drones, the human experience will certainly already be forever altered. When combined with the explosive growth of big data analytics and cloud computing technologies, a transformational storm definitely appears to be brewing. As of now, 3D printing remains promising but largely the realm of low-volume production.

Forgetfulness can be controlled