A new study has found that Britain’s biggest businesses are in danger of falling foul of a major skills gap within their workforce. The report, backed by the country’s leading experts, is predicting there will be a 160% increase in demand for big data specialists from 2013 to 2020, while UK employment is set to rise by six per cent for the same period. Worryingly, over three-quarters (77%) of all big data positions are already considered by employers to be difficult to fill.

The era of big data represents a major opportunity for the UK in the new information economy. Data has been described as the 'new oil' but it requires analytics to be applied to the data so that organisations acquire the power to know much more about their business and customers.

The demand for big data professionals in the UK has created a salary bubble, particularly in the South East and London, enabling them to command more than double the average wage, according to a report published by SAS and the Tech Partnership. The study predicts that by 2020 there will be more than 300,000 big data specialists, and 56,000 job opportunities a year. 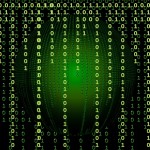 Big data is all around – it’s not just data businesses generate themselves but includes, for example, social networks like Facebook and Twitter. Additionally the amount of data is going to continue increasing exponentially – by 2020 it will be 50 times what it is today. Yet despite the technology to harness value from data being widely available, the UK is not producing enough graduates with the ability to analyse it.

To tackle this problem, the UK government has recognised that it needs to work together with businesses and academia. One initiative will see the development of new qualifications in Big Data Analytics and new apprenticeships are being developed to increase the numbers skilled in this area. The recent introduction of computing lessons in primary schools should also begin to lay the foundations for children’s interest in big data.

In an attempt to bridge the gap, business analytics firm SAS has invested nearly £100m in schools and universities over the last 15 years to encourage development of these skills. Its Education department has just launched a new data science curriculum, which is open to graduates as well as existing data scientists looking to build on their current areas of expertise. SAS is also hosting a Big Data Skills Festival to put its customers in contact with graduates who will get to see real-life examples of how these organisations are using analytics.

For organisations adopting analytics for the first time or having difficulty finding people with the qualifications and experience needed, easy-to-use visualisation software is available as well as cloud-based solutions that provide answers directly from the data where there is no in-house expertise. Beyond that, the technology can be tailored to suit wherever the business is in terms of analytical maturity.

Could easyJet benefit from Monarch’s demise?