The 62nd Bilderberg conference will take place in Copenhagen, Denmark from tomorrow 29th May to 1st June 2014.

About 140 participants from some 22 countries have already confirmed their attendance. These include ‘…a diverse group of political leaders and experts from industry, finance, academia and the media’.

The following key topics will be included in their discussions:

• Is the economic recovery sustainable?

• Who will pay for the demographics?

• How special is the relationship in intelligence sharing?

• Big shifts in technology and jobs

• The future of democracy and the middle class trap

• The new architecture of the Middle East

• What next for Europe?

A full list of participants can be found here.

The UK is well represented with the following attendees:

George Osborne, Chancellor of the Exchequer

The following people will be there as International attendees:

Benoît Coeuré,  Member of the Executive Board of the European Central Bank

Viviane Reding, Vice President and Commissioner for Justice, Fundamental Rights and Citizenship of the European Commission

Ahmet Üzümcü,  Director-General of the Organisation for the Prohibition of Chemical Weapons

From the Bilderberg press release: 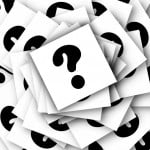 Founded in 1954, Bilderberg is an annual conference designed to foster dialogue between Europe and North America. Every year, between 120-150 political leaders and experts from industry, finance, academia and the media are invited to take part in the conference. About two thirds of the participants come from Europe and the rest from North America; approximately one third from politics and government and the rest from other fields.

The conference is a forum for informal discussions about major issues facing the world. The meetings are held under the Chatham House Rule, which states that participants are free to use the information received, but neither the identity nor the affiliation of the speaker(s) nor of any other participant may be revealed.

Thanks to the private nature of the conference, the participants are not bound by the conventions of their office or by pre-agreed positions. As such, they can take time to listen, reflect and gather insights.

There is no desired outcome, no resolutions are proposed, no votes are taken, and no policy statements are issued.

Working towards a healthy force