Demand for alternative currencies will lead to a wave of private monies, new research from the Institute of Economic Affairs predicts.

The innovation of non-conventional types of money – such as Bitcoin – has been fuelled by mounting restrictions on financial freedom. Constraints on commerce, the erosion of financial privacy and a wish for greater quality have been the driving forces in the emerging market for private money.

New Private Monies: A Bit-Part Player? by Kevin Dowd, argues that states must allow a level playing field as far as private money is concerned. For too long the government has stifled competition between state-backed and private currencies. Instead, central banks should welcome competition as it forces them to offer consumers greater choice and improved quality.

A weakened ability to store value, growing restrictions on finance, oppressive taxes and a lack of financial privacy have resulted in growing frustration at state controlled money. The superior nature of private currencies combined with the financial freedom they offer has led to their increasing attraction.

Bitcoin enables its owners, among other things, to protect their wealth, make investments free from government control and retain a level of privacy, making it increasingly attractive. The price of Bitcoin rose from 3 cents in April 2010 when first traded, to over $900 in January 2014.

The relationship between restrictions on individual freedom and demand for private money is also identified in the paper. The increasing constraints on personal freedom have led to private money becoming more and more popular as it enables people to do what would otherwise be illegal. The market for private monies will continue to thrive as long as states restrict and prohibit various forms of commerce. 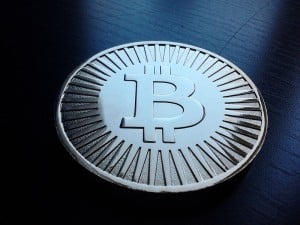 • Bitcoin has enjoyed widespread acceptance because of the low transaction costs associated with using it. For retailers, the cost of using bitcoin is lower compared to that of a credit card.

• The Bitcoin market is self-regulating, making it free from threats of government coercion. Its nature also means that the market avoids sweeping regulation similar to that imposed by central banks.

• Bitcoin restores a level of anonymity to financial transactions. In an age where financial freedom is being increasingly eroded by governments, this has resulted in Bitcoin and other forms of private money becoming an attractive alternative.

• Bitcoin represents a departure from the status quo. The novelty of the currency is in its ability to facilitate certain activities prohibited by the state. As long as governments continue to restrict and constrain commerce, demand for private monies will grow.

Despite this success, Dowd predicts that Bitcoin will likely be displaced by superior and more imaginative forms of exchange. New competitors such as Litecoin, Namecoin and PPCoin are already in existence.

Commenting on the report, Mark Littlewood, Director General at the Institute of Economic Affairs, said:

“If government were to embrace private monies rather than suppress them, there would be profound implications for individual freedom. Bitcoin has proved widely successful as an alternative form of exchange and as way of restoring financial freedom. It is just the beginning however. Fierce demand for private money will drive innovation, creating a tidal wave of new and superior forms of exchange.”