A String version of Björk's highly-acclaimed eighth studio album 'Vulnicura' will be released via CD and Digital on the November 6th, with Vinyl following on December 4th.

The original version of 'Vulnicura' layered the boom and crack of electronic beats with an intense vocal melody and incredible string arrangements by Björk which have been performed live with a fifteen chair orchestra. The new version is musically wholly comprised of strings, with new violin solos by Una Sveinbjarnardóttir and strings records by a Viola Organista.

Björk used the only 'Viola Organista' in the world to perform some of the arrangements; an instrument which was designed originally by Leonardo Da Vinci but not built until after his lifetime. The instrument uses a friction belt to vibrate individual strings (similar to a Violin), with the strings selected by pressing keys on the keyboard (similar to an organ). The instrument was recorded in Krakow, Poland by its constructor Sławomir Zubrzycki and here is where the album reached completion.

A quote from Björk reads;

"while i was working on vulnicura , it became one of the most magical thing both musically and spiritually to unite the electronics and the acoustic instruments in an almost romantic way : to prove they can coexist !! that positive tango was a proactive counterpoint to the lyrics of the album : the end of an union . onion . tears . a lot . lol .

but while working on it i felt somehow for the first time , this was an album that could take another version : a reveal , to simply have the acoustics stand on their own for the folks who wanna indulge even further into the wooden timeless side of this music . w / no techno .

so here it is : i dug out the more close up pick up miked versions , other sonic point-of-views , added some violin solos by the gorgeous una sveinbjarnardóttir and the talented sławomir zubrzycki played masterfully the viola organista ( an instrument invented by leonardo da vinci but only recently built for the first time . it is little but like a grand piano which is bowed not plucked )

thanks to chris elms for mixing it 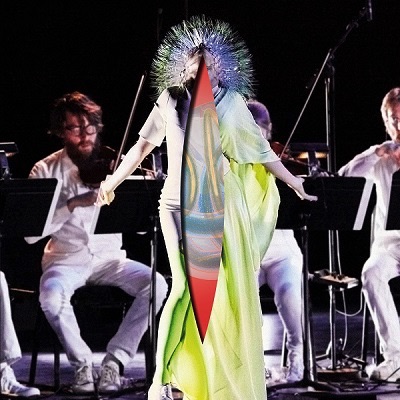 'Vulnicura' has featured on multiple 'album of the year' round-ups and is available at www.bjork.com

CD and Digital Release on 6th November, Vinyl release on 4th December via One Little Indian

Nazis from space-is Iron Sky a slice of B-movie heaven?